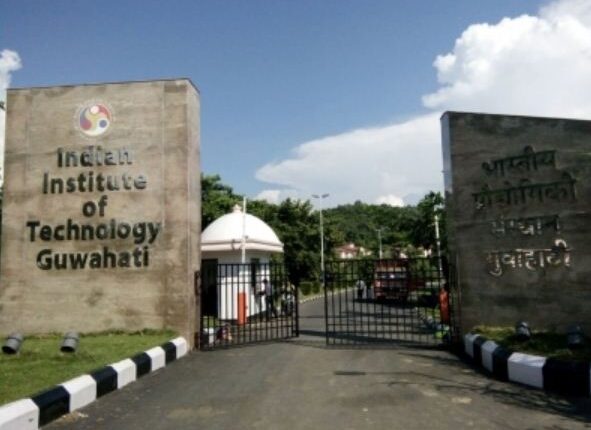 Guwahati: The IIT Guwahati, which developed an energy-efficient and environment-friendly technology for cook-stoves, has transferred the method to an industry partner for commercialisation to help the common man, officials said on Friday.

Highly appreciating the feat, IIT Guwahati Director Prof T.G. Sitharam said that this cook-stove technology would play a key role in reducing the overall fuel consumption in the cooking sector, leading to a huge annual saving of about Rs 50,000 crore for the government, thus reducing the financial burden significantly and conserving energy.

Further, it would also provide a better cooking environment by reducing CO and NOx emissions, he added.

Sources said that a research team headed by Prof P. Muthukumar, Department of Mechanical Engineering of the institute, had developed ‘Porous Radiant Burners’ for cook-stoves equipped, which can provide the fuel saving in the range of 25 to 50 per cent.

The technology, which can be operated with LPG, biogas, and kerosene, has been transferred to the Bengaluru-based Agnisumukh Energy Solutions Private Ltd, for commercialisation and an MoU for this was signed on Thursday, an official statement said.

It said that this effort would be a major contribution of IIT Guwahati towards the government’s efforts to enhance the access to clean cooking energy by promoting LPG, biogas and improved cook-stoves (ICS) through various policies and programme.

Highlighting the unique aspects of ‘Porous Radiant Burner (PRB), Prof Muthukumar, said: “These indigenously developed cook-stoves equipped with specially-designed double layered PRBs provide fuel saving in the range of 25-50 per cent and reduces CO and NOx emissions by about 80 per cent. The newly developed PRB is ideally suited for both gaseous fuels like LPG, biogas, PNG and liquid fuels like kerosene, methanol, and ethanol, for domestic as well as community/commercial cooking.”

The IIT Guwahati research team believes that the commercialisation of PRB-based LPG cookstoves across India would provide a huge LPG saving of about 13 lakh domestic cylinders per day and also have a global impact on the burner-based applications.

Agnisumukh Energy Solutions Private Ltd Chief Executive Officer Hari Rao said that Indian cooking system and global culinary world destroyed the nutrition of food by introducing modern fuel (LPG, Natural Gas) which reduced the intensity of heat but increased the pressure, while the traditional practice of cooking was based on intense heat totally on atmospheric pressure.

The PRB technology would bring back the best practices in thermal management in cooking & industrial applications, he added.

Being the second most populated country in the world, India has a large LPG consumer base (about 28 crore) which makes cooking an energy-intensive sector. Further, India imports about 50 per cent of its LPG requirement. In this scenario, even a small improvement in the thermal efficiency of the cook-stove will result in a significant reduction in LPG imports for the government.

Further, household pollution accounts for about 6.5 per cent of the total deaths in India every year. Household air pollution is caused mainly by the use of polluting cooking fuels and inefficient cook-stoves. Use of PRB reduces CO and NOx emissions by about 80 per cent, resulting in better indoor air quality, the statement said.