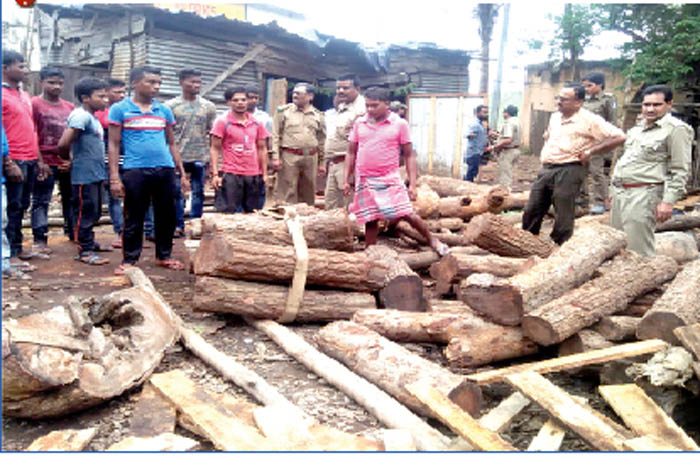 Sambalpur: A team of police raided an illegal saw mill near Bareipali in Sambalpur district and seized wood worth Rs 1 lakh from the spot today.

However, all the accused managed to flee from the site after getting information about raid plan.

A case in this regard has been filed to nab the absconders.

According to reports, acting on a tip-off, a team of 24 personnel of Sambalpur vigilance wing, division and circle mobile team and town range conducted raid on a saw mill located near Truck Association parking ground at Gopalpali for illegal operation for long days.

They seized several articles including saw, six HP motors, blade, saw dust and various shape-woods that cost around Rs 1 lakh during the raid.

Odisha: After Jharsuguda, three more airports in the offing