I’m not Tendulkar, the entire team has to work together: CJI 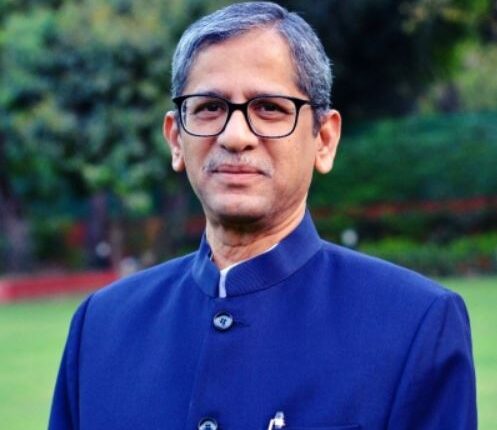 New Delhi: The Chief Justice of India, N.V. Ramana, on Saturday thanked the Centre for clearing the names of nine judges in record six days after they were recommended for elevation to the top court by the collegium, and emphasised that he expects the names of judges for appointment at various high courts are also cleared in the same speed.

“You all gave credit to me for the appointments. But this is not my credit… I am not (Sachin) Tendulkar, the entire team has to work together, only then we will win the match,” Ramana said.

The CJI was speaking at a felicitation function organised here by the Bar Council of India. It was attended by Law Minister Kiran Rijiju and several top court judges, days after the appointment of three women judges, including a future woman Chief Justice, and six other judges at one go in the top court.

Referring to the Law Minister for clearing the names for appointment to the top court, Ramana said: “He cleared (the names) at a jet speed, all the nine names. I think in record six days’ time without any murmur or anything.

“I must thank the Prime Minister, the Law Minister and the Government of India for clearing the names. I expect the same speed for the appointments in the high courts. In another one month’s time, we expect 90 per cent of the vacancies (in high courts) to be filled in the country.”

According to the latest data, there are 465 vacancies in the high courts across the country against a total strength of 1,098 judges.

On Friday night, the Supreme Court collegium sent as many as 68 names — the highest at one go — to the Centre for appointment as judges at 12 high courts. Out of the 68, there are 44 lawyers while 24 are judicial officers. Ten out of the 68 are women.

The top court collegium has made the recommendations for the high courts of Allahabad, Madhya Pradesh, Rajasthan, Punjab and Haryana, Calcutta, Jharkhand, Chhattisgarh, Gauhati, Karnataka, Madras, Kerala and Jammu and Kashmir. Maximum recommendations have been made for the Allahabad High Court.

The top court collegium has sent the name of Marli Vankung, the first woman judicial officer from Mizoram, for elevation to the Gauhati high court.