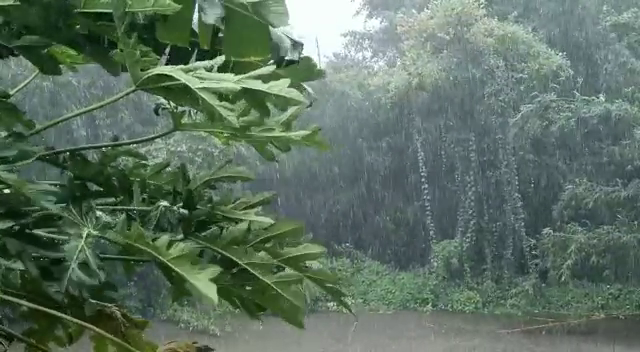 New Delhi: In what can bring cheer to large parts of agrarian India, the south-west monsoon rainfall this year, over the country as a whole, is most likely to be normal – quantitatively 99 per cent of the Long Period Average (LPA), the India Meteorological Department (IMD) said on Thursday. However, there would be below normal rainfall over many parts of northeast India.

The IMD also announced a slight reduction in the new normal for all India rainfall based on decadal data.

The LPA rainfall for the June to September period over the country as a whole for the period 1971-2020 is 87 cm. This 87 cm is the new normal all India rainfall from this year that the IMD has introduced replacing the earlier 88 cm based on 1961-2010 data.

That explains the quantitative forecast of 99 per cent plus/minus 5 per cent of model error.

The IMD would also provide forecasts for the monsoon convergence zone (MCZ), majorly central Indian portion, extending from Gujarat and Rajasthan to Odisha, which is largely rain-fed area (for agriculture) and therefore from last year, making IMD’s specific MCZ forecast more relevant for the farmers.

On the change of new normal rainfall for the whole of India from 88 cm to 87 cm, Mohapatra said: “This decrease is part of natural multi-decadal epochal variability of dry and wet epochs of all India rainfall. Presently it is a dry epoch, which started in the decade 1971-80. The decadal average of all India SW monsoon rainfall for the decade 2011-20 is (-) 3.8 per cent from the long-term mean. The next decade i.e. 2021-30 will come close to neutral and will likely to enter in the wet epoch from the decade 2031-40.”

A cause of worry, if at all, is the likely presence of negative Indian Ocean Diapole (IOD) – the difference in warming/cooling of the west Indian Ocean and the east Indian Ocean – around the time of beginning of the southwest monsoon season even when, at present, there is neutral IOD conditions over the Indian Ocean, Mohapatra said, adding: “However, we have to wait and watch how the situation pans out by then.”

La Nina conditions prevail over the equatorial Pacific region and are likely to continue during the monsoon season. La Nina is associated with the cooling over the central and east Pacific Ocean. An El Nino (as against La Nina) is generally associated with deficient (surplus) monsoon rainfall over India. However, there is no one to one relationship between El Nino and the Indian monsoon.

Meanwhile, the IMD caters to the demands from different users and government authorities for forecasts of spatial distribution of seasonal rainfall along with the regionally averaged rainfall forecasts for better regional level planning of activities. For this, from 2021, a Multi-Model Ensemble (MME) forecasting system based on coupled global climate models (CGCMs) from different global climate prediction and research centres, including IMD’s own Monsoon Mission Climate Forecast System (MMCFS), are used.

MME is a universally accepted technique used to improve skill of forecasts and reduce forecast errors when compared to a single model-based approach. The performance improvements are completely attributed to the collective information of all models used in the MME forecasting system.

After Thursday’s first stage forecast for the south-west monsoon, the IMD will issue the second stage, updated, forecast in the last week of May with chances of announcing the date when monsoon would hit the Kerala coast prior to that.