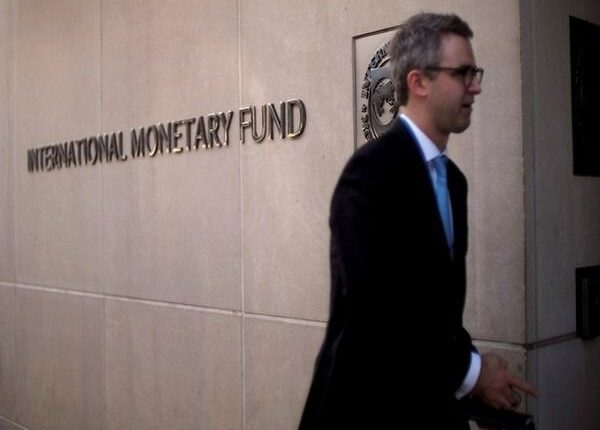 Washington: The International Monetary Fund has further slashed India’s economic growth prospects for 2022 to 8.2 per cent from its earlier projection of 9 per cent, which in itself was lowered from 9.5 per cent. The global economy will suffer significantly from the war in Ukraine, the fund further projected in its World Economic Outlook released on Tuesday.

“Notable downgrades to the 2022 forecast include Japan (0.9 percentage point) and India (0.8 percentage point),” the IMF said in the World Economic Outlook released on Tuesday. The revision reflects, it added, “in part weaker domestic demand — as higher oil prices are expected to weigh on private consumption and investment — and a drag from lower net exports.”

The fund had earlier projected 9.5 per cent growth for the Indian economy in 2022. It slashed it by 0.5 percentage points in its January report and it has further reduced it now by 0.8 point.

The World Bank projected 8 per cent growth for the Indian economy in 2022 in a report released last week, which also warned that the war in Ukraine will slow down South Asian countries’ recovery from economic devastation caused by the Covid-19. The impact on India, it added, would be “moderate”.

It said the Indian economy will grow at 8 per cent, which is slightly less than in 2021. Lingering impact of the investment programmes will keep the economy growing in the first half of 2022-23. “The negative impact of the war in Ukraine on FY2022/23 growth is expected to be moderate, so growth will begin to taper off in the second half of 2022,” the report said.

The bank attributed its India projection to constrained purchase by Indian households, incomplete recovery of the labour market in which unskilled workers were hit the hardest and inflation. On the negative side, business expectations and investment, which had improved, might sour amid elevated input prices and a faster-than-anticipated increase in borrowing costs, the bank said, adding that the travel services balance may improve as India allows international flights to resume, while exports of computer and professional services are expected to remain strong.

The fund said in its Tuesday report that the Ukraine war “has triggered a costly humanitarian crisis that demands a peaceful resolution,” the IMF report stated, adding, “Economic damage from the conflict will contribute to a significant slowdown in global growth in 2022.”

“Crucially, this forecast assumes that the conflict remains confined to Ukraine, further sanctions on Russia exempt the energy sector (although the impact of European countries’ decisions to wean themselves off Russian energy and embargoes announced through March 31, 2022, are factored into the baseline), and the pandemic’s health and economic impacts abate over the course of 2022,” the report warned ominously.

Bitcoin, other cryptocurrencies in free fall after interest rate hikes

Dalal Street in focus as LIC IPO opens for subscription