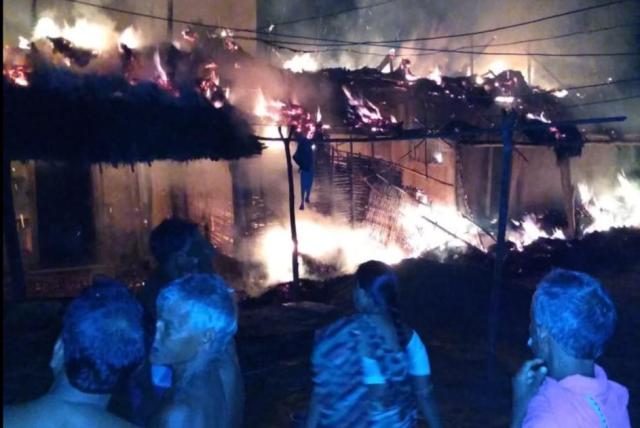 Bhubaneswar: The ongoing cease-work strike by Fire Department personnel across Odisha brought suffering for people at two separate places in the state yesterday.

A 3-year-old boy drowned in a well at Dakoi village under Morda block of Mayurbhanj district yesterday. Pratish Makakud, the deceased baby, fell into the well while playing near it around 4.30 pm.

The family members telephoned Fire services but the Fire personnel didn’t turn up due to the agitation. Finding no other way, the kin of the baby rescued him from the well with the help of villagers. However, the boy had breathed his last by that time.

Locals claimed that the boy could have been saved with the assistance of Fire personnel.

In another incident, eight houses were gutted at Srirampur village under Nilagiri police limits in Odisha’s Balasore district last night after fire broke out inside one of the houses.

The villagers sought the help of Firemen but in vain due to the cease-work strike. Eventually, the locals somehow managed to douse the flames on their own.

Medicine shops across Odisha to remain closed on Sept 28