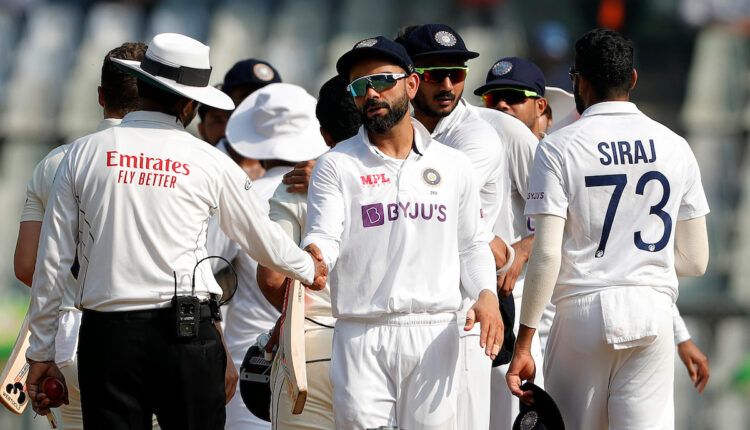 Mumbai: India thrashed New Zealand by 372 runs in the second Test at the Wankhede Stadium here to win the two-match series 1-0 here on Monday. Needing 540 runs to win the Test, New Zealand, 140/5 overnight, were all out for 167 in 56.3 overs on the fourth morning, as India wrapped up victory in 43 minutes.

This is India’s biggest victory ever by run margin. Team India opener Mayank Agarwal was adjudged as Player of the Match for scoring 150 in the first innings before putting 62 in second.

Jayant Yadav claimed four of the five wickets to fall on Monday while R Ashwin claimed the all-important wicket of Henry Nicholls (44), who along with Daryl Mitchell (60) had kept India at bay on the third day.

Jayant Yadav started the carnage on Monday when he sent back Rachin Ravindra, who had denied India victory in the Kanpur Test by surviving 52 balls in the company of last-man Ajaz Patel, by inducing an edge off a sharp turner. He finished the day with a spell of 6-2-19-4 for overall figures of 4/49. Ashwin ended with 4/34.