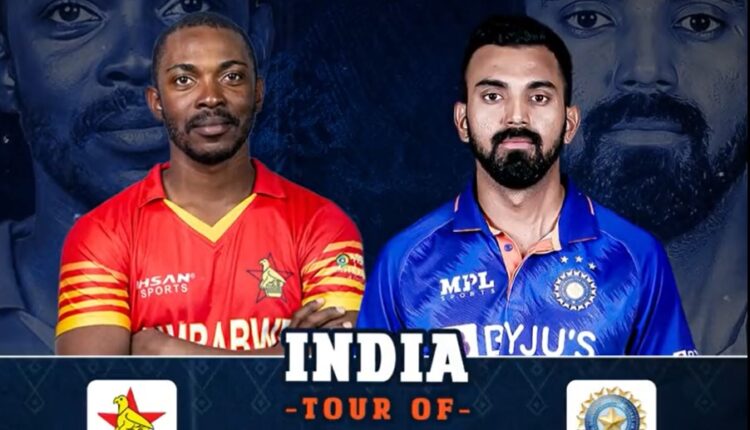 Harare: Stand-in captain KL Rahul has won the toss and elected to bat first against Zimbabwe in the third and final ODI of the series at Harare Sports Club on Monday. The tourists are on the verge of yet another ODI series sweep as they are currently 2-0 up in the three-match series.

After choosing to bowl first in last two matches, Rahul opted to bat first on winning the toss for the first time in the series, citing the need for the side to challenge themselves with the bat.

He added that pacer Deepak Chahar, who took 3-27 in the first ODI and didn’t play the second match, returns to the playing eleven alongside fellow pacer Avesh Khan in place of fast bowlers Mohammed Siraj and Prasidh Krishna.

“I’ve been short of playing time (with the bat). So I’m eager to get some runs and spend time in the middle. There is some movement early on. I haven’t spent time batting in the middle and it will be good to get some confidence before the Asia Cup.”

“Siraj has been very good for the last couple of seasons, he’s done well for his franchise and he’s brought that form into the ODI game as well. He’s very good when there’s a bit of moment in the surface,” said Rahul.

“With the ball we need to try and take early wickets today, and then try to deliver with the bat. Happy to be doing something different today (bowling first). I was looking to bowl first especially at this time,” said Chakabva.