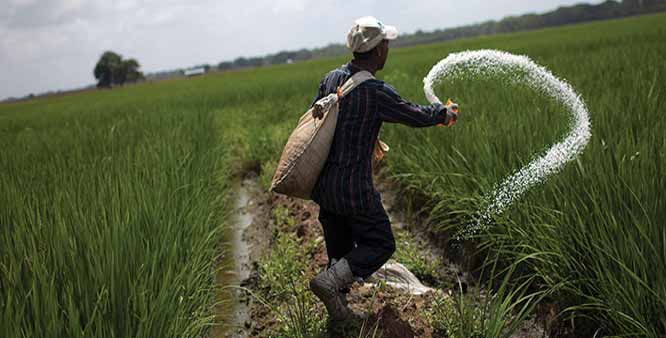 Bhubaneswar: With the commissioning of five fertiliser plants, the Central government is expecting to achieve zero import dependency of urea in the country, said Union fertiliser secretary Chhabilendra Roul on Monday.

The government is reviving five closed fertiliser plants to increase urea production in the country and reduce imports.

“We expect our import dependency will be zero with the commissioning of the plants. The projects will nearly obviate the need for import of urea in the country, said Roul.

The five plants are located at Talcher in Odisha, Ramagundam in Andhra Pradesh, Gorakhpur in Uttar Pradesh, Sindri in Jharkhand and Barauni in Bihar.

He said the coal gasification based fertiliser plant of Talcher Fertilisers Ltd is scheduled to be commissioned by September 2023.

The work at the plant is going ahead at full steam. About 10,000 people would get direct and indirect employment because of the plant, said the secretary.

A commitment of more than Rs 8,000 crore has already been made so far by TFL under various awarded contracts.

The project will have an output of 1.27 Million Metric Tonnes Per Annum (MMTPA) of ‘Neem’ coated urea using a blend of indigenous coal and petcoke as feedstock.