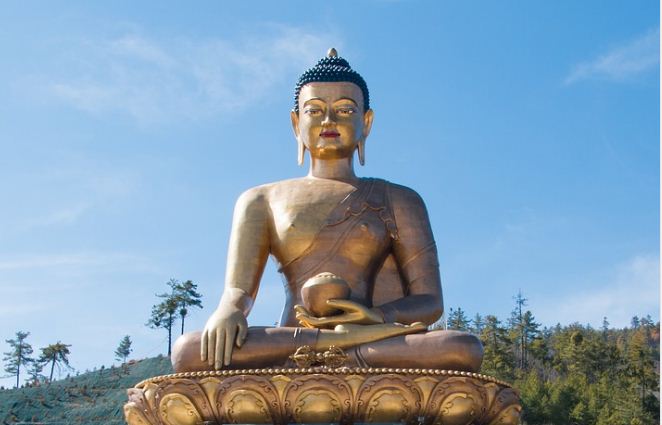 New Delhi: India categorically said on Sunday that Gautam Buddha was born in Lumbini in Nepal thereby defusing a controversy about Buddha’s birthplace after Nepal had responded to remarks attributed to External Affairs Minister S Jaishankar.

Jaishankar had on Saturday talked about India’s moral leadership and how Buddha and Mahatma Gandhi’s teachings are still relevant. However, reports suggest that the Nepalese media attributed remarks to him as saying that Buddha was an Indian.

“There is no doubt that Gautam Buddha was born in Lumbini, which is in Nepal,” Srivastava said.

Earlier in the day, the Nepalese Foreign Ministry issued a statement in response to Jaishankar’s remark quoted in the Nepalese media.

“It is a well-established and undeniable fact proven by historical and archaeological evidence that Gautam Buddha was born in Lumbini, Nepal. Lumbini, the Birthplace of Buddha and the fountain of Buddhism, is one of the UNESCO world heritage sites,” said the Nepal Foreign Affairs Ministry.

The official spokesperson of the Nepal ministry said: “During his visit to Nepal in 2014, the Prime Minister of India H.E. Shri Narendra Modi himself while addressing Nepal’s Legislature Parliament, had said that ‘Nepal is the country where the apostle of peace in the world, Buddha, was born’.”

“It is true that Buddhism spread from Nepal to other parts of the world in the subsequent period. The matter remains beyond doubt and controversy and thus cannot be a subject of debate. The entire international community is aware of this,” Nepal’s statement said.

Former prime minister Madhav Kumar Nepal reacted to the statement attributed to Jaishankar and said the alleged statement that Buddha was a great Indian is “baseless and objectionable”.

This controversy comes weeks after Nepal Prime Minister KP Oli had stirred a controversy by claiming that Lord Ram was born in Nepal and was a Nepali.