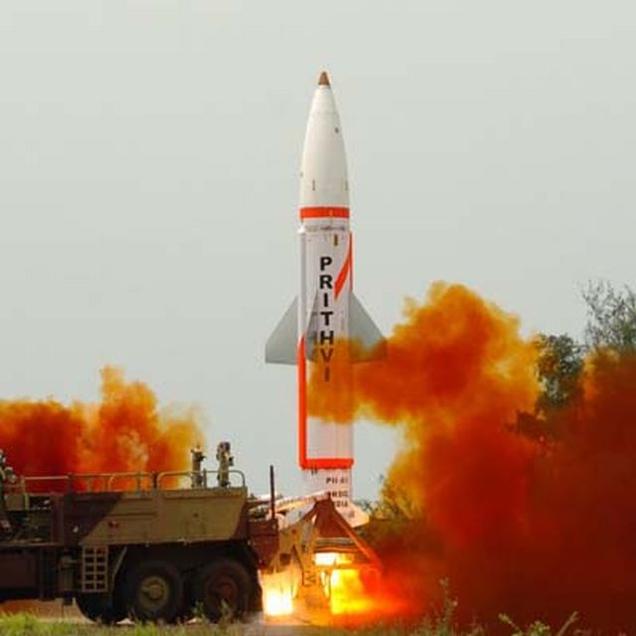 The indigenous missile, which has the capability to strike 350 km away, was test-fired from the Integrated Test Range (ITR) at the Abdul Kalam Island in Balasore district.

The Strategic Forces Command (SFC) of the Indian Army conducted the trial as part of a user-training exercise, which reconfirms its readiness to fire the weapon at short notice.

The missile has already been inducted into the armed forces.

The missile, that can dive at an angle of 80 degrees and is capable of carrying up to a 500-kg warhead, is powered by liquid propulsion.

The ballistic missile is the first missile developed by the Defence Research and Development Organisation (DRDO) under its most ambitious Integrated Guided Missile Development Programme.