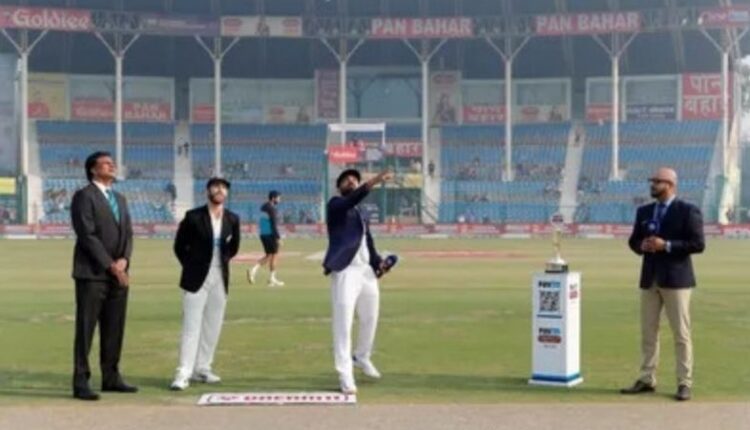 Kanpur: India captain Ajinkya Rahane won the toss and elected to bat first against New Zealand in the first match of the two-Test series at Green Park Stadium here on Thursday. Both India and New Zealand have debutants in batter Shreyas Iyer and left-arm spin all-rounder Rachin Ravindra respectively.

After winning the toss, Rahane said he expects the pitch to play well at the start and then get the spinners into the equation. “Pitch looks really good. Generally slows down later on here. Shreyas is making his debut. We are all excited to play under the new coaching staff. I personally enjoy playing under Rahul bhai. New Zealand are a quality side. (We are going in with) 3 spinners, 2 seamers.”

New Zealand skipper Kane Williamson said he would have also elected to bat first if he had won the toss. “Looking forward to this challenge. It’s mixed, but it’s okay. Ajaz Patel and Somerville have done well. We are going in with two spinners, two pacers and a spinning all-rounder debut.”