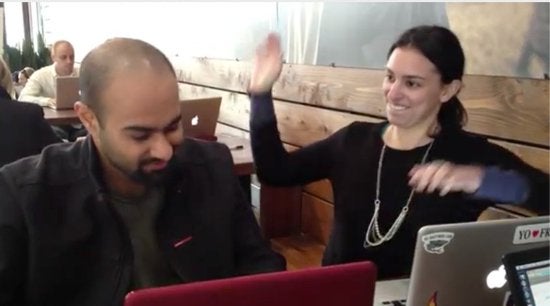 Bhubaneswar: Maneesh Sethi, an Indian-American entrepreneur and founder of wearable device company Pavlok, had once hired a woman off Craigslist to slap him every time he opened Facebook.

To increase his productivity, Sethi, in 2012, went to Craigslist looking for a person who would be willing to slap him every time he logged into social media platform Facebook while he was supposed to be working.

“I hired a girl on Craigslist to slap me in the face every time I used Facebook,” he explained in his blog, adding that the results of his experiment were astounding. According to the Pavlok CEO, he hired a woman named Kara for $8 per hour to slap him every time he strayed off task – and his productivity skyrocketed to 98%.

Recently, a photo of Sethi being slapped by Kara for opening Facebook resurfaced on Twitter and was noticed by Elon Musk, the CEO of Tesla and SpaceX. He commented on the picture with two fire emojis.

The story of Maneesh Sethi, the computer programmer who hired a woman to slap him in the face every time he used Facebook, resulting in massive productivity increase [read more: https://t.co/Q5fKjYtFSo] pic.twitter.com/d8pnt3Jd8k

Bharat Biotech’s Covaxin only 77.8 per cent effective against Covid-19: Report