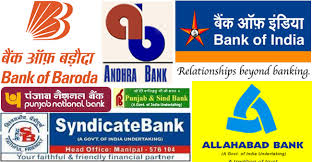 According to the credit rating agency, government-owned banks remain the most at risk as persistent losses have battered their weak capital position while their dominant stock of non-performing loans (NPL) continue to be a significant overhang on their ability to pursue meaningful growth.

“Loan growth dipped to a multi-decade low of 4.4 per cent in the year ended March 2017 (FY17) as state banks continued to rationalise assets to conserve capital in the absence of greater capital injections from the state,” Fitch said in a statement on Thursday.

The large private-sector banks’ financials also weakened considerably in FY17 but their stronger capital position and satisfactory earnings put them in a relatively better position compared with their state-owned peers, the rating agency said.

Amazon says India lockdown has hit it the hardest…

Fitch estimates the Indian banks will need $65 billion in additional capital to meet Basel III requirements by 2019 with the state banks requiring around 95 per cent of the total.

“We view raising capital as the biggest challenge for state banks as most have few practical options except to rely on the state for support. Access to the Additional Tier 1 (AT1) capital market has improved but around two-third of the capital shortage is in the form of common equity Tier 1 (CET1),” Fitch Ratings said.

According to Fitch, the challenges for the sector persisted in 1QFY18 as loan growth was weak while asset quality continued to deteriorate due to higher delinquencies in the agriculture and retail sectors as a result of politically motivated waivers on farm loans in some Indian states and the expiry of forbearance on small ticket demonetisation-related NPLs.

A pickup in domestic issuance of AT1 securities did support the overall capital ratios with the issuance of around Rs 130 billion ($2 billion) in 1QFY18 while there was none a year earlier.

However, pressure on core capital ratios was persistent on account of subdued earnings and the lack of fresh equity injection, except in the case of IDBI Bank Ltd where the core capital ratio had dipped precariously close to the regulatory minimum, Fitch said.
(IANS)