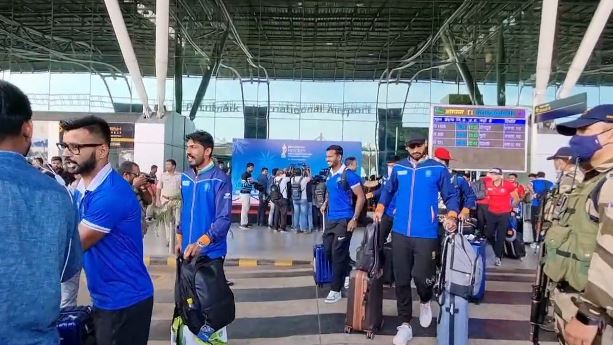 The team arrived at the Biju Patnaik International Airport in Bhubaneswar this morning and received a grand welcome.

The players will fly to Rourkela, where they are scheduled to start practice at the newly-built Birsa Munda International Hockey Stadium from tomorrow.

They will stay at the hostel constructed in the stadium.

The 18-member team will be led by ace drag-flicker Harmanpreet Singh with Odisha’s Amit Rohidas as the Vice Captain.

India will begin their World Cup campaign against Spain on 13th January in Rourkela followed by their second pool D match against England. They will move to Bhubaneswar to play their third pool match against Wales. The knockout stage will begin with crossover matches on 22nd and 23rd January and the Quarterfinals on 25th and Semifinals on 27th January. The Bronze Medal match and the Final will be held on 29th January.