India’s growth to be at 9.2%, highest in the world: Finance Minister Nirmala Sitharaman 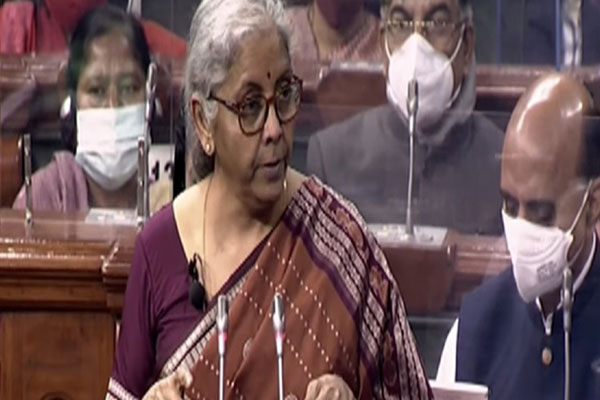 New Delhi: Union Finance Minister Nirmala Sitharaman while presenting the Union Budget on Tuesday said that India is set to clock growth rate of 9.2 per cent, which could be the highest in the world in the current fiscal.

“India’s economic growth in current year is estimated to be 9.2 per cent, highest among all large economies,” Sitharaman said while presenting the Budget in the Lok Sabha on Tuesday.

She said that the government has all empathy to Covid victims and during the pandemic the country has developed robust health infrastructure. The government is set to empower the poor and will extend helping hand to prudent private investment.

She expressed empathy with those who had to bear adverse health and economic affects of the Covid pandemic.

Sitharaman said that overall sharp rebound and recovery of the economy is reflective of India’s strong resilience.

She said that during Amrit Kaal, our government aims to achieve the vision for India at 100 years of Independence set out by the Prime Minister in his Independence Day Address.

Indian equities open sharply high ahead of FY23 Budget; all sectoral indices up