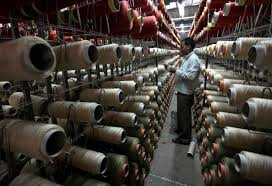 New Delhi: A decline in the manufacturing sector brought down India’s factory output in June, official data showed on Friday.

As per the IIP data released by the Central Statistics Office (CSO), last month’s contraction was mainly on account of a (-)0.4 per cent deceleration in manufacturing output, which has the maximum weight in the overall index. (IANS)

Pensioners, job starters, entrepreneurs to gain more from IT…