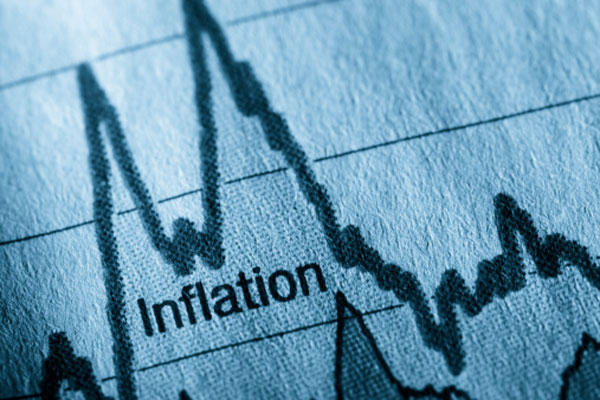 New Delhi: India’s October retail inflation inched-up on sequential basis on the back of a marginal rise in food prices along with high fuel and commodity prices.

Accordingly, data furnished by the National Statistical Office showed that Consumer Price Index (CPI) inched-up to 4.48 per cent last month from 4.35 per cent in September 2021.

However, on YoY basis, the rise in last month’s retail inflation was slower than the 7.61 per cent rise recorded for October 2020.

The macro-economic data assumes significance as retail inflation remained we ll within the range of the Reserve Bank of India’s set target of 2-6 per cent for CPI inflation.

As per the NSO data, the rate of rise in Consumer Food Price Index increased to 0.85 per cent last month from 0.68 per cent in September.

The CFPI readings measure the changes in retail prices of food products.

In terms of CPI YoY inflation rate, pulses and products’ prices jumped by 5.42 per cent in October 2021.

Besides, meat and fish prices rose by 7.12 per cent, however, eggs became cheaper by 1.38 per cent, nevertheless, the overall price of food and beverages category was up 1.82 per cent and oils and fats prices rose 33.50 per cent.

On the other hand, vegetable prices declined by 19.43 per cent.

Furthermore, as per the official data, the inflation rate for fuel and light was at 14.35 per cent.

In addition, sub-group of clothing and footwear showed a price acceleration of 7.53 per cent.

“We revise our forecast by 25bps to 5.5 per cent for FY22, as we reckon supply-side bottlenecks, higher imported commodity inflation and high pump prices would pose a countering upside pressure on inflation.”

According to Aditi Nayar, Chief Economist, ICRA: “The uptick in the YoY CPI inflation in October 2021 relative to the previous month, while mild, was pretty broad-based, with the hardening in the inflation for clothing and footwear, and miscellaneous items suggesting that reviving demand is nudging producers in some sectors to pass through the input price pressures, resulting in a pickup in the core inflation to 5.8 per cent in that month.”