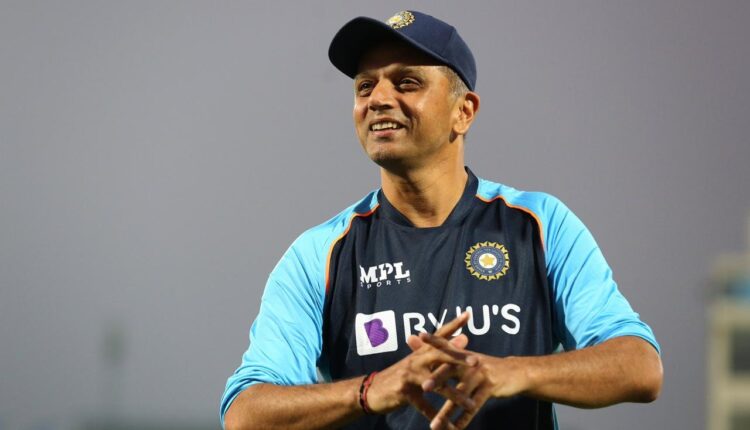 New Delhi: Egos, ambitions, power struggle, startling revelations — Indian cricket has seen it all in the last few months and the mess has created a tricky situation for eternal ‘crisis man’, Rahul Dravid who is in South Africa with the “Men in Blue” for his first overseas assignment as head coach.

During his pre-departure press conference ahead of the tour of South Africa, Virat Kohli on Wednesday revealed that he was never asked to stay on as T20 skipper when he informed the board about his decision to relinquish the post, contradicting Sourav Ganguly’s statement which suggested that the star batter was asked to reconsider his decision.

Notably, the former India captain had said that he personally spoke to Kohli when he was deciding to step down as the T20I captain and urged him to carry on with the job but the star batter decided to quit the position.

A day after India Test captain Kohli’s startling revelations on the T20I captaincy saga, BCCI president Sourav Ganguly on Thursday said that he won’t make any additional comments and the matter will be dealt with by the board.

“I have got nothing to say. We will deal with it appropriately, leave it to the BCCI,” Ganguly told media persons in Kolkata.

Nevertheless, the whole captaincy issue has sparked a controversy between the BCCI president and India’s Test skipper and it’s far from being over as people are much divided, especially on social media. The hashtag “ViratVsBCCI” has been trending on social media for the last two days.

Before that press conference, the controversy revolved around the relationship between Virat and Rohit Sharma and now it has become Kohli versus Ganguly. And amid this chaos, cricket has taken a back seat even if the Indian team has reached South Africa for the much-awaited series.

After all the drama that has unfolded in the past week, Indian cricket fans have found themselves feeling sorry for Rahul Dravid. But, the politics of Indian cricket isn’t new for him. In fact, Dravid was one of the central figures during the whole Ganguly-Greg Chappell infamous episode.

And now, the batting legend has the big responsibility on his shoulders to bail Team India out from all the off-field controversies and motivate boys to perform well on the field against the Proteas.

Virat Kohli-led India had terrible outings in the first two matches of the 2021 T20 World Cup and they failed to qualify for the next round of the mega-event. Many cricket experts and ‘pundits’ believe that an insecure dressing room environment was one of the key factors for India’s debacle in that tournament.

According to them, once Kohli decided to relinquish his T20 captaincy before the start of the event, players somehow were not able to concentrate on their job; instead were thinking about the next skipper and their places in the side.

But Dravid, who always believed in work ethics and was a team man to the core during his playing days, will want his boys to concentrate on the job at hand, rather than focusing on other issues.

Whether it was playing as an opener in Test, donning the wicket-keeping gloves in order to give a better balance to the team, leading the side during the turmoil — the Karnataka-born cricketer did everything for the team whenever it was required. And he will want his boys to be ready for all sorts of challenges and opportunities during the South Africa tour.

However, it won’t be an easy task for ‘Mr Dependable’, considering the unavailability of key players due to injuries, selection issues and fragile batting line-up and the tough playing conditions and COVID-19 scare in South Africa.

In India’s glorious cricketing history, South Africa remains the only top cricketing nation where the ‘Men in Blue’ are yet to win a Test series. Yes, the current Proteas cricket team is sort of inexperienced but they will be tough contenders on their home soil.

Virat Kohli, Cheteshwar Pujara and Ajinkya Rahane — the pillars of Indian batting in Test cricket, haven’t been at their best in the last two years and the likes of Kagiso Rabada and Anrich Nortje will test the skill and temperament of these seasoned pros.

It will also be interesting to see whether the duo of Kohli and Dravid include struggling Rahane and Pujara in the Playing XI especially when Shreyas Iyer and Hanuma Vihari have done well whenever they have got opportunities.

India will also miss the services of Rohit Sharma, Shubman Gill and Ravindra Jadeja, who have been ruled out of the Test series due to injuries. And it won’t be easy to fill the shoes in their absence.

But, the 48-years old’s biggest challenge will be to resolve the conflicts internally. His man-management skills will be tested because to win in the Rainbow nation, he needs a happy captain and a positive environment in the team.

Dravid — ‘The Wall of Indian Team’ — will have a herculean task to get the best out of his players in ‘final frontier’ South Africa amid all the uncertainties and controversies. And the fans, the biggest stakeholders in cricket, have belief in him.