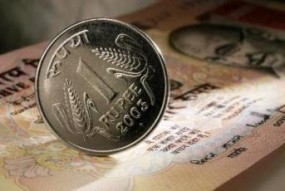 Even as onion prices continued to bring tears to consumers, India’s annual rate of wholesale inflation decelerated for the fifth successive month to (-)2.33 percent (March 2015 over March 2014) from (-)2.06 percent for the previous month on lower fuel prices, official data showed on Wednesday.

As per commerce ministry data on wholesale price index (WPI), prices of onions in March this year were still higher by as much as 36.49 percent, while pulses, vegetables and fruits were dearer by 13.22 percent, 9.68 percent and 7.48 percent, respectively.

Among the three major groups which form the general index, that for primary articles rose marginally to 0.8 percent for the period under review, while those for manufactured goods and fuels dropped to (-)0.19 percent and (-)12.56 percent, respectively.

Within the fuel and power segment, diesel was cheaper by 12.11 percent and petrol by 17.7 percent due to a dip in global crude oil prices, while LPG prices also declined by 7.9 percent, the data showed.

In the manufactured products segment, it was a mixed bag. While cement and lime prices increased by 8.29 percent, that for sugar, leather products and iron products declined by 4.24 percent, 2.74 percent and 5.98 percent, respectively.

As per data on consumer price index released on Monday, inflation for March had eased to a three-month low of 5.17 percent, due mainly to a drop in the prices of food articles.

The Reserve Bank of India (RBI), which has been urged by India Inc to lower interest rates, had observed in its monetary policy update that the favourable effects of a low base year, which had led to a drop in retail inflation, had now dissipated.

“The still elevated levels of prices of protein-rich items such as pulses, meat, fish and milk kept food inflation from following the seasonal decline in prices of vegetables and fruits,” the central bank said on April 7. (IANS)