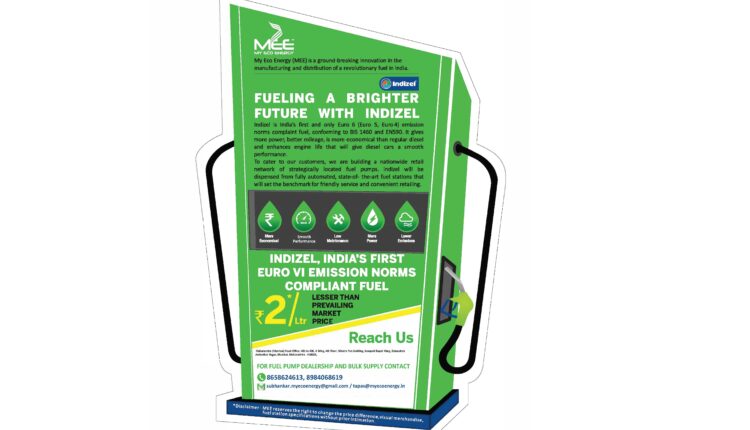 Bhubaneswar: With rising demand of fuel in Indian Market ,the ambitious plan of state-owned oil marketing companies to open more fuel stations in next three years will still mean little for consumers.

Even though the target is achievable after overcoming the substantial hurdle of land acquisition, it will not help Indian Oil Corporation (IOC), Bharat Petroleum (BP) and Hindustan Petroleum (HP) grow their retail presence. There are around 68,000 petrol stations in the country. Even if oil companies meet some percentages of market consumption, additional requirement of alternative fuel, as being promoted by the Government like Biofuel, EV, CNG & LNG stations, will definitely have impact in supporting consumer demands along with the regular fossil fuels by OMCs.

While EV or hydrogen fuel cell based transportation may be the mainstream in the long run, biofuel is expected to play an important role in the near future. With this in mind, Transport Minister Nitin Gadkari in November last year announced that flex-fuel engines will be made mandatory in the coming days.

Originally, India’s biofuel programme identified a few oilseeds whose cultivation was encouraged to meet feedstock supply. However, this policy is now discarded in the new biofuel policy. Increasingly, the focus is now of adopting second generation biofuel process, namely producing biofuel from used vegetable oil, crop residue. Most of the latest plants currently being built are capable to use crop residue, used vegetable oil or oilseed to produce biofuel.
In this circumstances, second generation biofuels such as Indizel, an ultra-premium sustainable diesel fuel made from non-fossil sources, are an increasingly more attractive alternative to premium and conventional diesel. Indizel conforms to the most stringent global fuel quality and emissions requirements.

It is designed to not only match but surpass engine manufacturer’s desired fuel quality standards like EN 590 (European), BS VI (Indian), World Wide Fuel Charter Category 4 Diesel standards and Euro 6 emission norms. Being EN 590 compliant, Indizel can be used in all diesel engines without any engine modification or blending limits, ensuring engine warranties. It is the cleanest fuel available in the Indian market.

My Own Eco Energy Pvt Ltd (MEE), the Mumbai-based renewable fuel company, which has pioneered Indizel, is the largest bio-fuel manufacturer in the country with manufacturing plants in Maharashtra and Gujarat. Indizel is available at MEE fuel stations in states like Maharastra , Karnataka, Gujarat, Andhra Pradesh,  Telengana, Odisha and Uttar Pradesh.

These fully digitized fuel stations are part of MEE’s fast-spreading fuel station network across India. Considering these benefits, the consumers would tend to opt for a premium diesel than any other at a lower cost.