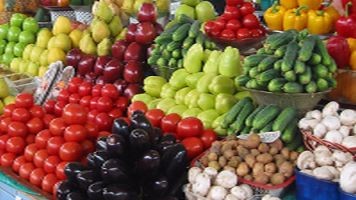 Data, furnished by the National Statistical Office (NSO), showed that the Consumer Price Index (CPI) slipped to 5.30 per cent last month from 5.59 per cent in July.

Even on YoY basis, last month’s retail inflation was lower than 6.69 per cent recorded for August 2020.

The macro-economic data assumes significance as it brings retail inflation mark in the range of the Reserve Bank of India’s set target of 2-6 per cent for CPI inflation.

The declining retail inflation rate reduces the chance of the RBI to further loosen up the monetary policy.

As per the NSO data, the Consumer Food Price Index decreased to 3.11 per cent last month from 3.96 per cent in July.

The CFPI readings measure the changes in retail prices of food products.

In terms of CPI YoY inflation rate, pulses and products’ prices jumped by 8.81 per cent, respectively, in August 2021.

Besides, meat and fish prices rose by 9.19 per cent, eggs became dearer by 16.33 per cent, and the overall price of food and beverages category was up 3.80 per cent.

However, vegetable prices declined by 11.68 per cent.

Furthermore, as per the official data, the inflation rate for fuel and light was at 12.95 per cent.