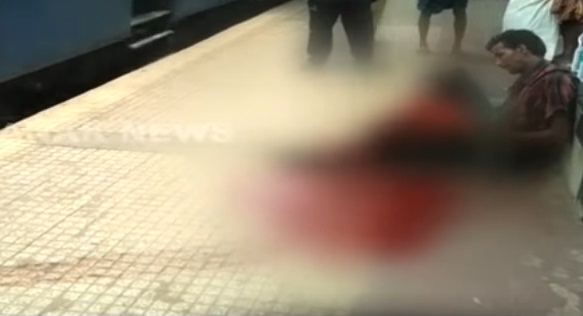 Bhubaneswar: In what can be termed as absolute scarcity of humanity, people at Bhubaneswar railway station took photos of a train accident victim, who lost one of his legs in the mishap, instead of rescuing or helping him.

The person, identified as Rajesh Nayak, was on his way to Khallikote from Bhubaneswar in the train yesterday.

After boarding the train from Vani Vihar station here in the afternoon, he alighted from it at Bhubaneswar station in order to have drinking water.

Realising that the train is about to leave the station, Rajesh rushed to catch the train but fell onto the rail track in the process and his left leg got cut off under the wheels of the train.

A profusely bleeding Rajesh was screaming in pain at platform no 4 of the station but no one turned up to rescue him.

Instead, many people were busy in taking photos of the victim in their mobile phones.

Later, Government Railway Police (GRP) reached the spot and rescued him. He was initially admitted to Capital Hospital here and later shifted to SCB Medical College and Hospital in Cuttack as his condition deteriorated.

Jaitley: GST to be launched on June 30 midnight in Parliament