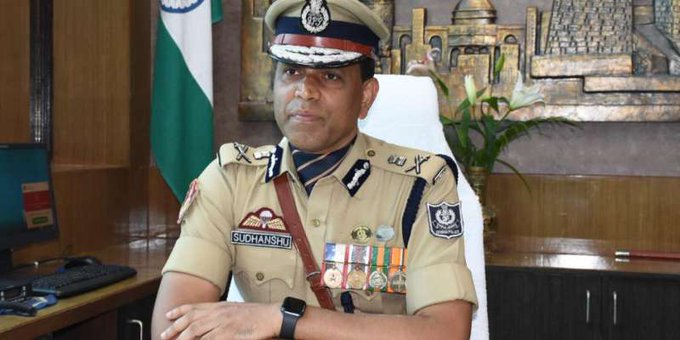 Briefing a presser today, Sarangi disclosed identities of the duo, who had looted over Rs 25 lakh from the PNB Bank’s ATM kiosk under Infocity Police limits on October 10 night.

The accused persons have been identified as Samarjyot Singh from Punjab and Zafar Sadiq from Kerala.

“The two are the members of an inter-state robbers gang operated from Bengaluru. The gang used to target ATM kiosks in different parts of the country,” Sarangi told media.

Although, Samarjyot hails from Punjab and Zafar is from Kerala, they were flying to target areas from Bengaluru to execute the crimes.

“The robbers arrived in Bhubanewar from Kolkata on Oct 5. During their stay at two hotels in the city, they visited the ATM counter to plot a loot. As part of their plan, they brought a gas cutter from Mancheswar area, hired a motorcycle on rent and looted the cash by cutting open the ATM machine with gas cutter in Patia leaving no clue for the police to reach them. However, the CCTV footage helped us to trace their whereabouts,” he said.

The Commissionerate Police obtained details about the criminals through the registration number of a motorcycle, which was used by the ATM looters on rent.

The criminals had travelled by flights and stayed in luxury hotels after looting cash from PNB ATM in Bhubaneswar.

“Next morning after the incident, the two had returned the rented motorbike at around 4.15 am and then moved to Delhi on a flight. Later, they travelled to Chandigarh and Bengaluru. We were tracking their locations and informed the Vizag police after the duo targeted another ATM there on October 21,” Sarangi said.

The Commissionerate Police has appealed to Vizag police seeking to bring the accused duo on remand for interrogation into the loot case in Bhubaneswar.

Electric buses to roll out in Odisha by January end