IPL 2022: Two from Odisha feature in list of 590 cricketers shortlisted for auction 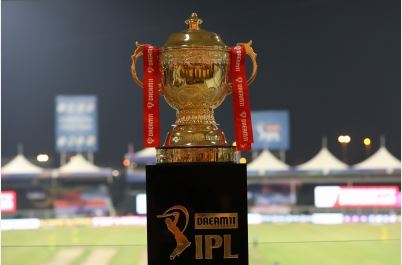 Bhubaneswar: Two players from Odisha –Subhranshu Senapati and Abhishek Raut– have  found place in the list of 590 cricketers, who are set to go under the hammer at the Indian Premier League (IPL) 2022 auction, scheduled to take place in Bengaluru on February 12 and 13.

Today, the Board of Control for Cricket in India (BCCI) announced the full list of cricketers for the mega-auction. Amongst 590 players (370 Indian, 220 overseas) who have registered for the auction, 228 are capped players, 355 are uncapped players and seven belong to Associate Nations.

The IPL on Tuesday released its final auction pool, which has been pruned to 590 from the original list of 1214 players, which was compiled and distributed on January 22. This final list includes 44 new names that were registered in the auction pool upon the request of the 10 franchises.

Those 44 also include England fast bowler Jofra Archer, who the England and Wales Cricket Board (ECB) recently said is in the final stages of his recovery from elbow surgery with a planned return to all cricket in June.

Another notable addition in the new list is Usman Khawaja, who had not enrolled initially. Apart from Archer and Khawaja, new additions include one from Afghanistan, five more from Australia, 11 from India, two Ireland, six from New Zealand, two from Scotland, four more from Sri Lanka and West Indies each, and seven more from South Africa.

A notable absentee from the additions is Chris Gayle. It has been learnt that at least a couple of franchises had requested for Gayle’s inclusion, however, the West Indian legend has decided to stay away from the IPL this year. There were also requests for the recall of Ben Stokes and Mitchell Starc, but no success was there on that front.

“Rs 2 crore is the highest reserve price and as many as 48 players have chosen to place themselves in this bracket,” the BCCI said in a statement.

A fierce battle among 10 franchises to acquire the services of some of the finest Indian and world cricketing talent is on the cards during an action-packed IPL 2022 player auction in Bengaluru.

Wait for Indian masses to use 5G smartphones gets longer

Two girls drown after falling into water-filled pit in…