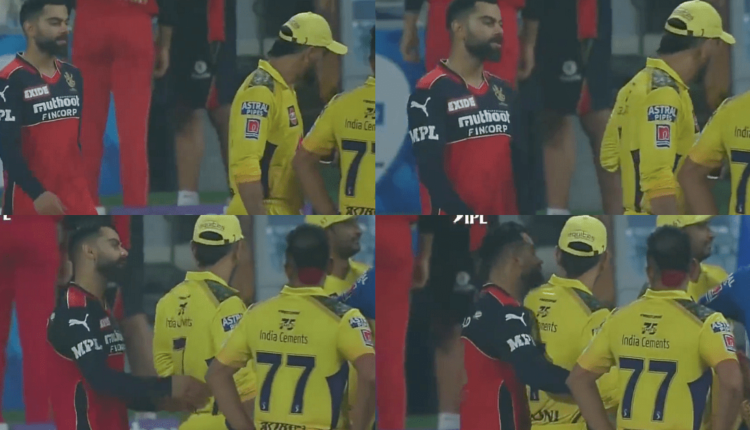 Sharjah: Chennai Super Kings banked on a super performance by their bowlers in the last 10 overs to pull back Royal Challengers Bangalore after a good start as they registered a well-deserved six-wicket win with 11 balls to spare at the Sharjah Cricket Ground here on Friday.

With skipper Virat Kohli (53) and Devdutt Padikkal (70) going great runs, RCB asked to bat first by MS Dhoni, raced to hundred for no loss but they were reeled in by CSK came back strongly in to restrict them for 156/7 in 20 overs. Dwayne Bravo claimed three wickets for 24 runs and Shardul Thakur, with two wickets off two balls, finished with 2/29 as Chennai Super Kings restricted RCB for a manageable total

Chasing 157, Chennai too got off to a good start and cruised to victory 157/4 in 18.1 overs. Ruturaj Gaikwad (38) and Faf du Plessis (31) put up on 71 for the first wicket, hitting some superb shots around the wicket. However, both Gaikwad and du Plessis got out on the same score.

It looked like CSK will lose their way just like RCB did earlier in the evening but Ambati Rayudu (32) and Moieen Ali (23) steadied the ship, peppering their knocks with three big hits, two of them by Ali, and by the time both of them were out, Chennai was 133/4 and cruising towards victory. Suresh Raina (17) and MS Dhoni (11) helped them across the line without much trouble.

Following RCB’s loss, skipper Virat Kohli was caught in a candid moment with his CSK counterpart and former India teammate MS Dhoni. Kohli could be seen walking over to Dhoni and hugging him from behind. Pictures of the incident went viral on social media.

Dhoni has of course been appointed as a mentor for Team India for the upcoming ICC T20 World Cup.

With this win, Chennai Super Kings moved back to the top of the table with 14 points, the same as Delhi Capitals but ahead on net run rate.

Are we related: President Biden asks PM Modi as latter shows him documents of his ‘Indian connection’