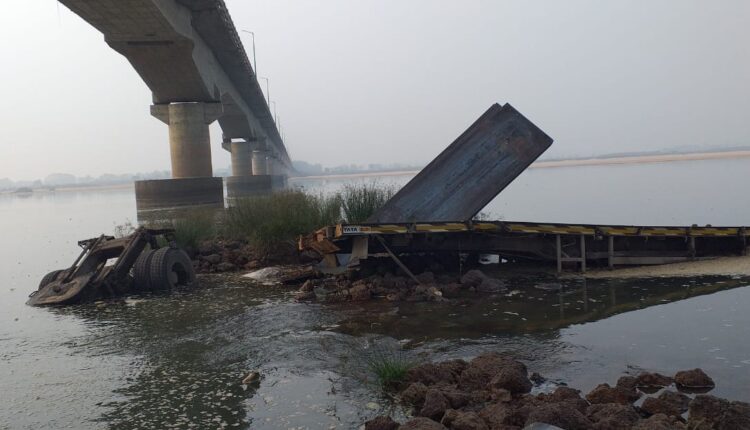 Dhenkanal: Driver of a truck died after the iron ore-laden vehicle plunged into the Brahmani River from a bridge in Kamakhyanagar in wee hours of Saturday here in the district.

The helper of the ill-fated truck sustained critical injuries.

According to reports, the incident took place at around 5 am when the driver of the iron ore-laden truck lost his control over the vehicle. The truck fell off the bridge into the Brahmani River killing him on the spot.

On receiving information, the Sadar Police along with fire services personnel reached the site and rescued the helper.

The injured helper was admitted to the Dhenkanal District Headquarters Hospital. After his condition deteriorated, he was referred to the SCB Medical College & Hospital in Cuttack for treatment.

The identities of deceased and injured persons are yet to be ascertained.

Afghan Ambassador to US steps down