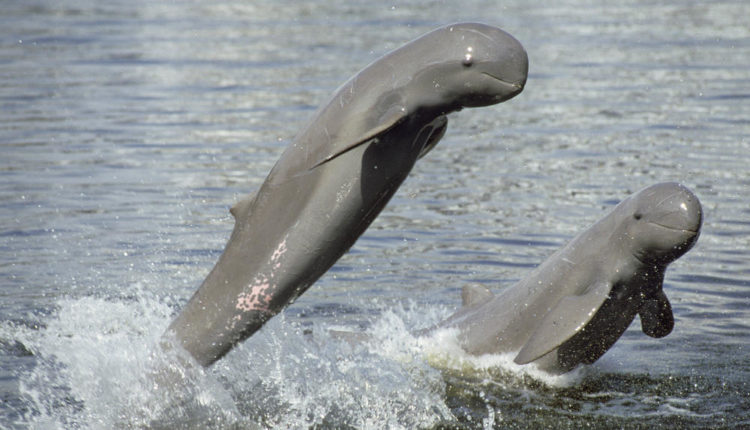 Bhubaneswar: A large number of endangered Irrawaddy Dolphins were sighted in new areas of the Chilika lake, the largest brackish water lagoon in the country, officials said.

The total dolphins sighted during the annual census on Sunday was 146, said Susant Nanda, the Chief Executive Officer of Chilika Development Authority.

He said the good news is that the dolphins are now sighted in new areas like the central and southern sector of the lagoon which is spread over 1,165 square kilometres in three districts of Khurda, Puri and Ganjam.

“The areas near Kalijai island and Rambha are new places where the dolphins for the first time have been sighted. Earlier, they were mostly confined to Satpada area near Brahmagiri,” the official said the dolphin population in the lake is now stabilizing above 150 as expected.

“We are also optimistic about an increase in dolphin population in the lake in next couple of years,” Nanda said, adding that there is enough sign of dolphins migrating from Satpada side to other areas within the lake.

Apart from Satpada, dolphins have been this time sighted in five other places, three places around Kalijai island within the lake and two sites close to Samal, he said.

Wildlife experts opine that the dolphins sighting in new areas is possible due to clearing of prawn gheries from within the lake.

Apart from the annual census, the CDA used to undertake dolphin counting by using hydrophones. Last years census says that there were 151 dolphins in Chilika.

In the hydrophone method, a microphone is used to record or listen to underwater sound. This method of counting has indicated that the highest 20 to 25 number of dolphins are found near Rajhans island followed by Magarmukh and Malatikuda, 17 to 20 each.