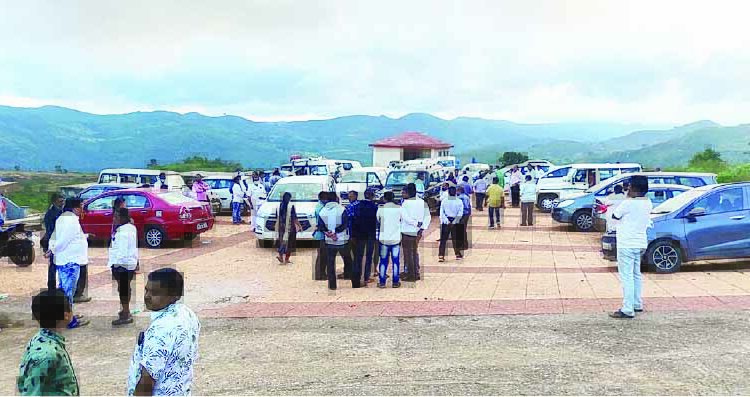 Bhubaneswar: At a time when the dispute between Odisha and Andhra Pradesh over Kotia panchayat in Koraput district is far from getting resolved, visit of more than 50 officials of the neighbouring state to Deomali area in the district yesterday has given rise to speculation regarding emergence of similar issue over the tourist spot.

As per reports, as many as 57 officials, including Vizianagaram Collector Surya Kumari, arrived in Deomali area in 22 cars on the pretext of picnic. They were accompanied by several policemen of Andhra Pradesh.

On being informed about the development, Odisha Police officials started keeping a sharp watch on the activities of the visitors. Soon, mediapersons reached the spot for reporting but were stopped from doing so by the Andhra policemen.

Later, several officials of the Koraput district administration also reached the spot and their presence prevented the possible escalation of the untoward incident.

After picnicking at Deomali for around four hours, the AP officials also visited Galigabadar waterfall and spent two hours there, before returning via Pottangi-Sunki road.

The unexpected visit of large number of Andhra Pradesh officials to Deomali has certainly raised the eyebrows of many. More surprisingly, they didn’t inform the Koraput district administration before the visit.

Till last reports came in, the Koraput district administration was yet to comment on the matter.