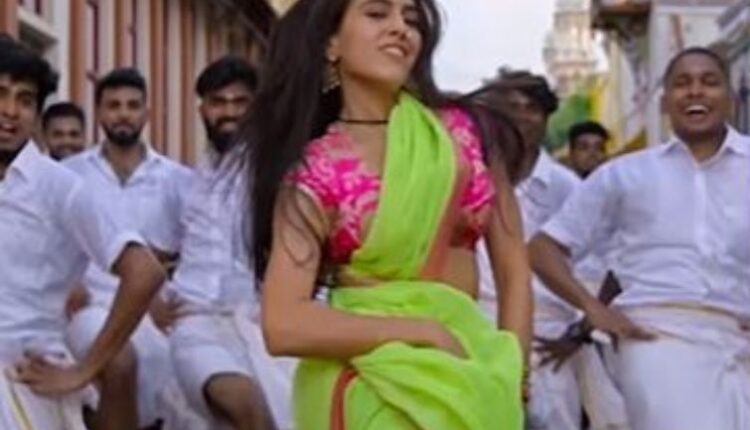 Mumbai/Bhubaneswar: Actress Sara Ali Khan’s fiery moves in ‘Chaka Chak’ in upcoming film ‘Atrangi Re’ will definitely make anyone to dance to his/her heart out. She wore a lime green saree and mesmerized everyone around her with her dance steps.

Sara can be seen dancing at the wedding festivities of Dhanush. Earlier, Dhanush was forcefully married to Sara in her hometown. But after the duo returned to his village, they decided to separate. Later Dhanush agreed to marry another woman in the presence of his family.

The track was composed and produced by AR Rahman and sung by Shreya Ghoshal.

Akshay Kumar, who is playing one of the three leads in the movie, also shared the song on Twitter. He wrote: “Her fiery moves will make you also want to dance your heart out. #ChakaChak out now!”