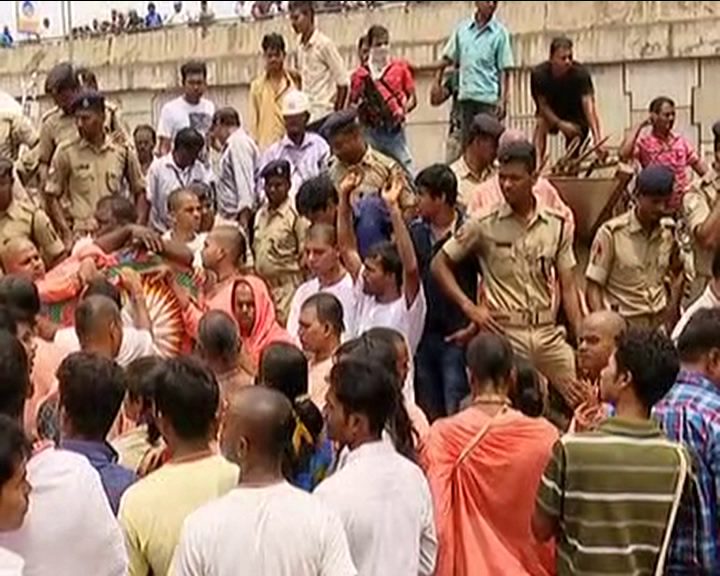 Bhubaneswar: The eviction drive launched by the BMC and BDA to demolish the illegal encroachments in front of ISKCON temple turned violent with clash between the police personnel and locals here.

Police resorted to lathicharge after the ISKCON followers opposed officials during demolition of a memorial (samadhi peeth) installed at encroached area in front of the temple.

Sources said the locals and ISKCON followers created disruption opposing the demolition and attacked the police following which the latter resorted to lathicharge on them.

However, the situation was put under control later on.

Notably, a joint enforcement squad of BMC and BDA launched demolition drive this morning to vacate the area encroached by the ISKCON temple under Nayapalli police limits.

Following the notice, the officials engaged JCBs to demolish the illegal encroachments adjacent to ISKCON temple on the NH-16.

However, the ISKCON followers alleged that the temple was not given time to free the encroached area.

The notice was served to temple authorities on July 25. Earlier, we had also received several notices from the authorities. But, they did not initiate any action during the period giving us assurance not to evict the area saying it as the temple land. Now, they launched demolition drive suddenly without giving us enough time, said a member of ISKCON temple.