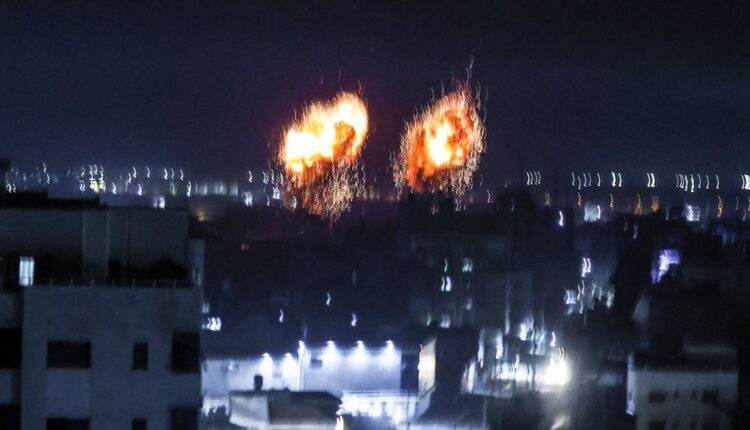 Gaza: Israel has launched air strikes against Hamas targets in the Gaza Strip, after incendiary balloons were launched from the territory.

Explosions were heard in Gaza City in the early hours of Wednesday.

Several balloons were sent from Gaza into Israel earlier on Tuesday, which caused multiple fires, according to the Israeli fire service, the BBC reported.

It is the first major flare-up since 11 days of fighting between the two sides ended in a ceasefire on 21 May.

It followed a march by Jewish nationalists in occupied East Jerusalem on Tuesday, which had drawn threats from Hamas, the militant group that runs Gaza.

In a statement, the Israel Defence Forces (IDF) said its fighter jets had hit military compounds operated by Hamas in Khan Yunis and Gaza City.

It said “terrorist activity” took place in the compound, and that the IDF was “prepared for all scenarios, including the resumption of hostilities, in the face of continued terror acts from the Gaza Strip”.

It is not immediately clear if the air strikes have caused any injuries.

A Hamas spokesperson said in a statement on Twitter that Palestinians would continue their “valiant resistance” and defend their rights “until the occupier is expelled from our entire land”.

Israel’s fire service said the incendiary balloons launched earlier from Gaza had caused at least 20 fires in fields by communities in southern Israel.

This is the first violent exchange since Israeli’s new coalition government came to power last weekend, headed by Naftali Bennett and drawing an end to Benjamin Netanyahu’s 12-year run as prime minister.