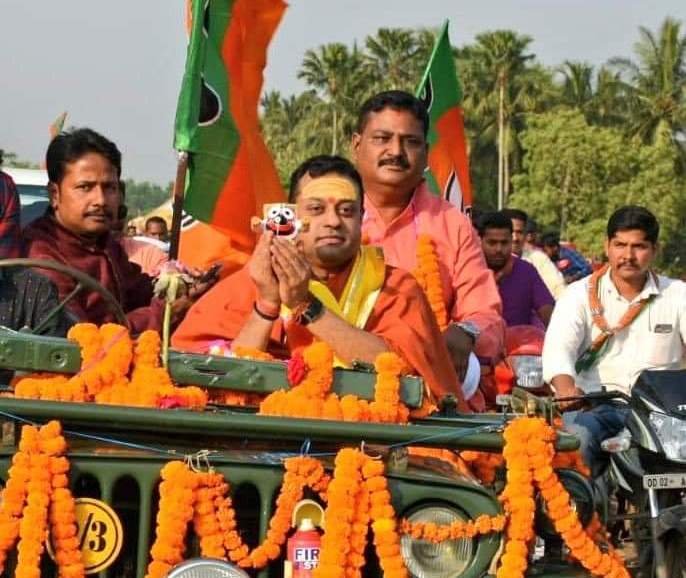 A six-member team petitioned the CEO that the BJP national spokesperson used Lord Jagannath’s idol during a poll rally from Bhubaneswar to Puri, in violation of model code of conduct.

“When it has been mentioned by Election Commission of India that no election can be fought on basis of any religion, caste, creed or culture, the election rally of Dr Sambit Patra and the photographs thereof clearly shows the violation of model code of conduct,” the state unit Congress said.

Worth mentioning, Patra was seen holding a Lord Jagannath idol during his rally from Bhubaneswar via Uttara, Pipili and, Sakhigopal en route to Puri.

“An admirer gifted me the idol. As an Odia and devotee of Lord Jagannath, I can never refuse it. I will embrace it and worship it. What’s wrong in that?” Patra questioned.

The Opposition parties, however, criticized the BJP.

“They play with the religious sentiments of people during elections. We won’t tolerate it and allow this to happen,” Congress leader Arjya Gyanendra expressed.

The BJD too spoke on similar lines.

“When elections approach, they bring up Ram Mandir issue. They do politics over religion. We won’t allow them to exploit people’s sentiments,” BJD leader Subhas Singh said.