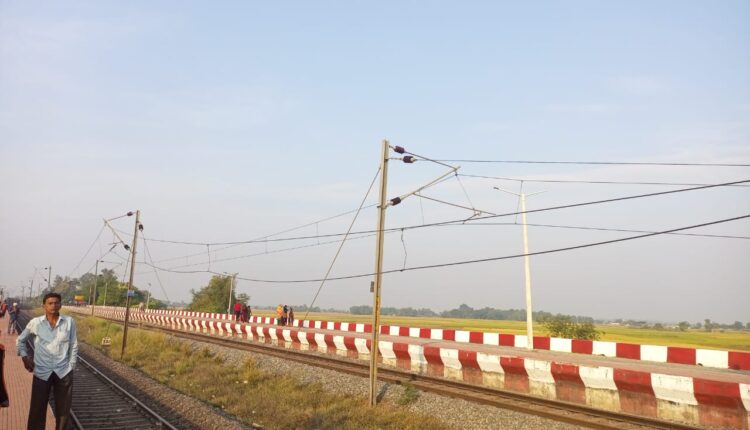 As per latest bulletin by the ECoR, 22863 Howrah-SMVB Bangalore Express leaving Howrah will be cancelled tomorrow on November 21, 2022.

Besides, the ECoR diverted five more trains due to accident at Korai Railway Station this morning.

18048 Vasco-Da-Gama – Shalimar Express (left Vasco-Da-Gama on 20.11.2022) will be diverted via Cuttack-Angul-Sambalpur City-Jharsuguda.

18477 Puri-Yog Nagri Rishikesh (leaving Puri on 20.11.2022) will be diverted via Sambalpur City-Jharsuguda Road-IB instead of Jharsuguda.

Earlier, the eight trains were cancelled, five were partially cancelled and 16 trains were diverted after a goods train en route to Chhatrapur from Dongoaposi derailed at around 6.44 am at Korai Railway Station in Jajpur district. As many as eight wagons of the freight train rammed into the waiting room killing at least 3 people and injuring several others at the railway station.

About 30 passengers at Jakhapura and 300 passengers at Haridaspur were stranded due to the train accident at Korai, of them 45 passengers from Haridaspur Railway Station have been transported to Jajpur Keonjhar Road, Bhadrak, Balasore, Chandikhole, etc., by road.

Out of 8 derailed wagons, 5 wagons have been cleared from track so far, the ECoR said in a release.