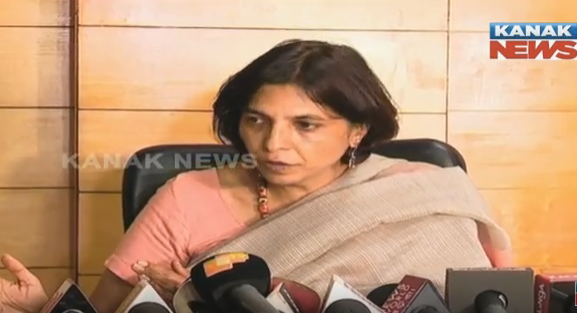 Odisha Health Secretary Arti Ahuja today said that pigpens will be constructed near villages in Odisha’s Malkangiri to isolate Japanese Encephalitis (JE) infected pigs in order to curb the disease which has so far claimed lives of 33 children in the district.

“Pigs are the host of Japanese Encephalitis (JE) and Acute Encephalitis Syndrome (AES). It gets transmitted from pigs to mosquitoes and further from mosquitoes to human beings,” Ahuja said.

“Random sampling of blood of 21 pigs was done and these were sent for test. Out of them, 14 blood samples tested positive for JE which means around 66 per cent of the pigs were infected with Japanese Encephalitis virus. We have decided to isolate the pigs by constructing enclosures 2.5-3 km away from villages as mosquitoes are capable of covering the same distance by flying. The district administration will construct the enclosures under MGNREGA. Villagers will be appointed to guard these pigpens and wages will be given to them,” she said.

“Restrictions have been imposed on selling of pigs as it might act as a source of infection from one place to another after they are sold,” the Health Secretary said.

“We have formed multi-pronged strategies to control culex mosquitoes. A round of fogging has been done in all the affected villages. The intensity of mosquitoes in the villages has dropped by 400 times after fogging. Besides, bio larvicides are being sprayed on water bodies to kill mosquito larvae,” Ahuja added.

Video of surgical strikes given to government: Minister