Jetski to save life on sea in Odisha’s Puri 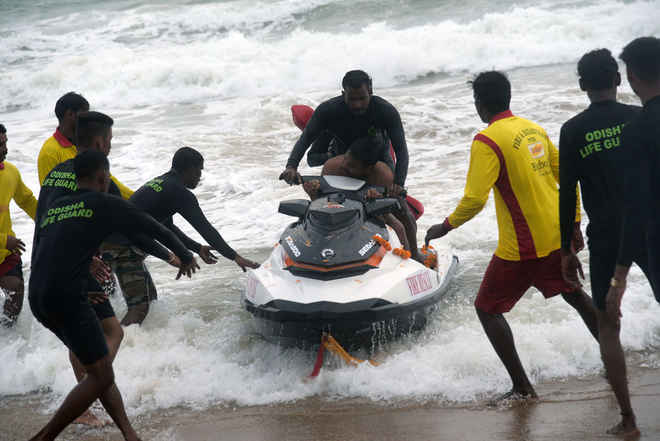 Puri: In view of number casualties taking place due to drowning in sea, Fire Service deployed a Jetski boat to save life here.

The Jetski boat has started operation from Wednesday. It will always be kept ready to save life of tourist while drowning in the sea during bath.

With deployment of Jetski boat, the number of deaths due drowning in sea will decline, informed Binay Behera, Director General of Police, Fire Service.

Attending the launching ceremony of the advanced boat here on Wednesday, Behera said that another Jetski will be added to the system very soon.

The Jetski boat is priced at Rs 19 lakh in the market. As the system was launched for the first time in Odisha, the tourists have welcomed it.

Notably, the number of casualties during sea bath is rising every year in pilgrim city. Total seven persons have drowned to death while taking bath in sea in 2017 so far.

The Jetski will keep vigil on the tourists on the sea.