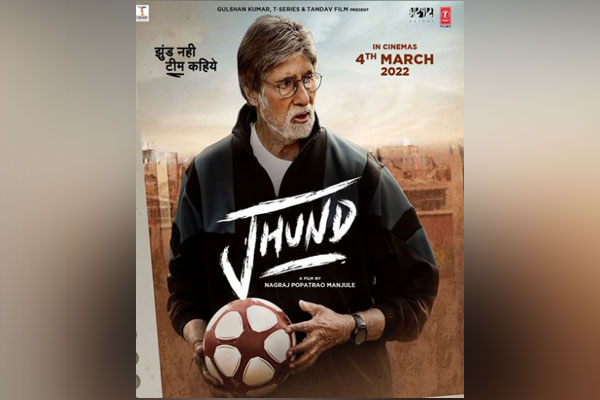 Mumbai: Megastar Amitabh Bachchan’s upcoming film ‘Jhund’ is all set to hit the theatres on March 4.

‘Jhund’ is a sports film based on the life of Vijay Barse, the founder of NGO Slum Soccer. It also features Akash Thosar and Rinku Rajguru.

In the film, Bachchan plays a professor who motivates the street children to form a football team.

The movie is directed by Nagraj Popatrao Manjule.