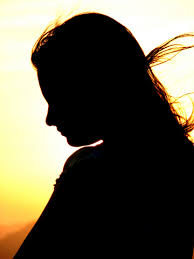 Ganjam: In a shocking incident, a spurned lover allegedly set a girl on fire inside the latter’s house in Odisha’s Ganjam district on Wednesday.

The incident took place at Kendubari village under Polsara police limits in the district.

The victim’s mother too sustained burn injuries when she tried to rescue her daughter.

According to reports, the accused, identified as Madhab Gouda, had barged into the girl’s house at around 12.30 pm and doused her with petrol and lit the match.

Initially, the mother-daughter duo was admitted to Aska medical but later they were shifted to MKCG Medical College and Hospital in Berhampur as their condition turned critical.

The accused, who fled the spot after committing the crime, is still on the large.

Meanwhile, the Ganjam police has launched a manhunt to nab the accused.

Sources said the man was in a relationship with the girl but due to some reasons the latter didn’t want to continue with it.

He, however, was in no mood to accept the rejection.

Condition of Odisha’s one of conjoined twins Jaga unwell