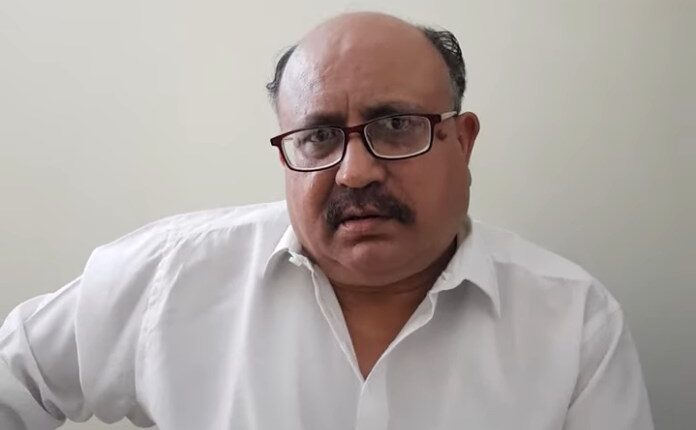 New Delhi: The Delhi High Court on Friday granted bail to freelance journalist Rajeev Sharma who was arrested under the Official Secrets Act (OSA) in connection with a case pertaining to allegedly passing on secret information to the Chinese intelligence.

After reserving the judgment on December 21, 2021, Justice Mukta Gupta pronounced the order this morning.

The journalist was arrested by the special cell of the Delhi Police on September 14, 2020, and granted bail by the Delhi High Court in December 2020.

However, on July 1, 2021, the Enforcement Directorate (ED) arrested Sharma in connection with a money-laundering probe linked to the espionage case.

Sharma had moved the High Court following the dismissal of bail plea by the Sessions Court.

He had also submitted that he is suffering from various ailments, including acute sinus for which he had undergone two surgeries putting him at a high risk of Covid-19.

In the earlier hearing, Sharma’s counsel Mohit Mathur had submitted that he was granted default bail in the PMLA case.

According to the ED, the money laundering case is based on the FIR and charge sheet filed by Delhi Police against Sharma under the provisions of the Indian Penal Code, and the Official Secrets Act.

During the probe, it was revealed that Sharma had supplied “confidential and sensitive” information to Chinese Intelligence officers, in exchange for remuneration thereby compromising the security and national interests of India, it stated.

The probe agency said that investigation further revealed that cash for remuneration of Sharma and other unknown persons was being generated through hawala means by Mahipalpur based shell companies that were run by Chinese nationals namely Zhang Cheng a.k.a. Suraj, Zhang Lixia a.k.a. Usha, and Quing Shi along with a Nepali national Sher Singh a.k.a. Raj Bohara.

Apart from cash, huge transactions were made with various Chinese companies and some other trading companies in India which are being examined, it said.

No paracetamol for children in 15-18 group receiving Covid-19 vaccines: Doctors