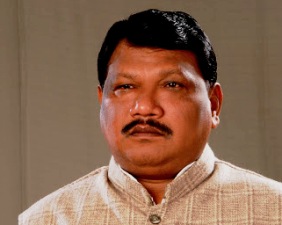 Bhubaneswar: Union Tribal Affairs Minister Jual Oram has written a letter to Union Home Minister Rajnath Singh over the hurling of eggs at his vehicle and sought the latter’s intervention in the matter.

Blaming police failure for the incident and terming the attack a condemnable act, Oram has mentioned in the letter that “locals goons of ruling Biju Janata Dal” were involved in it.

He has also alleged of “very poor security arrangements” during his visit to Odisha even as the tour programme had been sent to the district SP in advance.

“It is the responsibility of the state government to provide foolproof security to the visiting Union Ministers attending functions in the State. But, it seems that the State Police have failed miserably in performing their duty with due diligence, thereby giving scope to some criminal elements to display this kind of undemocratic behaviour, which is not only highly objectionable, but also against the spirit of democratic protest,” Jual wrote.

Citing the incident of egg attack on Union Agriculture Minister Radha Mohan Singh’s vehicle days ago, Oram said: “These types of incidents in increasing number expose lack of seriousness on part of the administration resulting in very sloppy and inadequate security arrangements by the State Government for the visiting Cabinet Ministers, including those who have been targeted by the Naxalite elements in the past.”

Requesting the Home Minister to intervene in the matter, Oram has urged him to issue necessary instructions to the State Government to inquire into the matter and advise it to make adequate arrangements for Union Ministers visiting the State to avoid such deplorable incidents.

Notably, several BJD workers had allegedly hurled eggs at Oram’s vehicle at Aul Bazaar in Kendrapara district on June 14 when the minister was on his way to Rajkanika in the district to attend ‘Sabka Saath Sabka Vikas’ programme.

Talk of job losses in IT sector ‘motivated’: Ravi Shankar