Kamal Haasan seeks donation from public for his political party 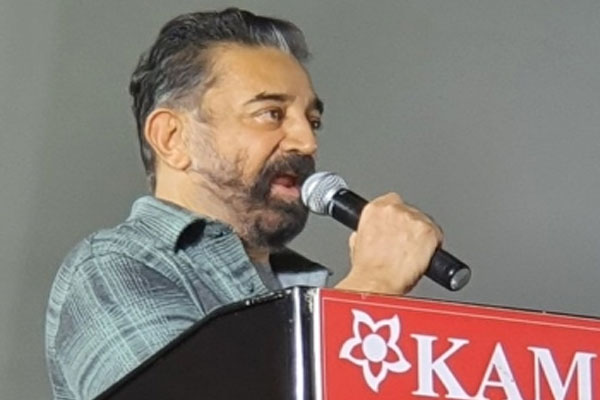 Chennai: Superstar turned politician, Kamal Haasan has announced that he would seek donations from the public for his political party, Makkal Needhi Maiam (MNM).

The actor-turned politician in a statement said that he was seeking donations for changing the lives of people. He said that he was not seeking money not only for the well-being of people but also to ensure good livelihood for the next generation.

Kamal Haasan said that donations are being sought from the public for maintaining politics honestly. He said that he was pumping in his earnings after tax into the political party, but that was not enough to challenge the ‘corrupt rats’ in politics.

He said that many in the film industry used to address him as a prophet, but added that he doesn’t believe in prophecies but in convictions and work.

The MNM has already fielded candidates in most of the Corporations and municipalities and is expected to win a few seats in the Urban body polls, but the party has not yet got as many candidates to contest in town Panchayat seats.

The decision of Kamal Haasan to seek donations was earlier not welcomed by the general public and his own party men, but the superstar is pitching in for money from the public to carry forward the political party and its activities.