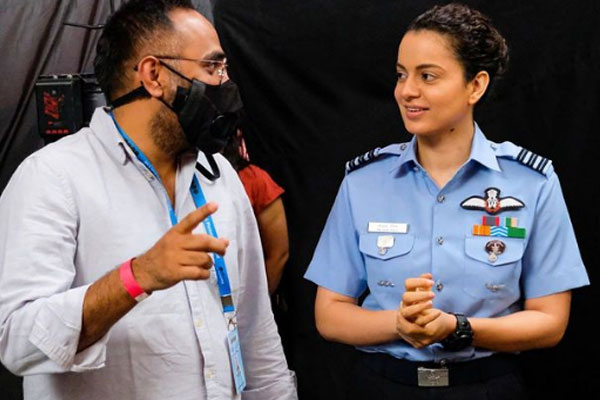 Mumbai: Actress Kangana Ranaut has started shooting for her next “Tejas” and gave her own spin to the line “How’s the josh? high sir” from the film “Uri: The Surgical Strike” by saying “Josh is soaring high”.

Kangana posted a picture on Instagram on Saturday morning. In the image, she is sporting the Indian Air Force uniform.

Alongside the image, she wrote: “To my next mission #Tejas Starting today a Josh is soaring high thanks to my fabulous team @sarveshmewara @rsvpmovies.”

In her upcoming film “Tejas” Kangana plays a fighter pilot.

The Indian Air Force was the first of the country’s defence forces to induct women into combat roles in 2016. The film takes inspiration from the landmark event.

“Tejas” is directed by debutant Sarvesh Mewara. The film will be RSVP’s second film which pays a tribute to the Indian military after the immensely successful film “Uri: The Surgical Strike” which was released in January 2019.

Kangana Ranaut’s ‘Thalaivii’ based on…