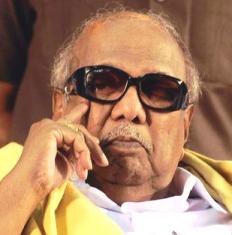 Chennai: DMK President M. Karunanidhi on Sunday suffered a “transient setback” in his health condition but his vital signs are normalising, the hospital where he was admitted said.

In a late night bulletin, the Kauvery Hospital said: “There was a transient setback in the clinical condition of Karuanidhi, DMK President and former Chief Minister of Tamil Nadu. With active medical support, his vital signs are normalising. He continues to be closely monitored and treated by the panel of expert doctors.”

The medical bulletin was issued around 10 p.m. as thousands of DMK cadres from the city and districts started surrounding the hospital following reports of a setback in the health of the five-time former Chief Minister.

Karunanidhi’s son M.K. Stalin, daughter Kanimozhi and other members of the family also rushed to the hospital where he was admitted on Saturday following a dip in blood pressure.

Indian govt asked Twitter for data on 2,200 user accounts in…