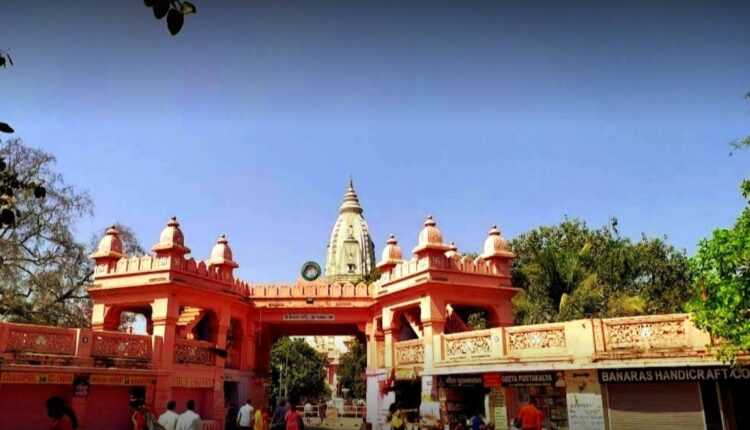 Varanasi: The Kashi Vishwanath temple (KVT) administration in Varanasi has stopped the sale of tickets for ‘Sugam-Darshan’ (early darshan), other rituals and aartis in an attempt to minimise the crowd in the wake of the third Covid-19 wave.

After the inauguration of the Kashi Vishwanath Dham (KVD) temple complex by Prime Minister Narendra Modi on December 13, 2021, there has been a massive rise in footfall of pilgrims from across the country.

Consequently, there has been a sharp rise in the sale of tickets, especially for ‘Sugam Darshan’.

KVT CEO Sunil Verma said that the increase of crowds at the temple has led to a rise in ticket seekers at a time when the third wave is ongoing. So the decision was taken to avoid gathering at the ticket centre, although online booking has not stopped.

The crowd inside KVD has also reduced, he said.

Before stopping the offline sale of tickets for ‘Sugam Darshan’, rituals and aartis in KVT, the entry inside the sanctum sanctorum of the temple had already been suspended a week ago.

Following the KVD’s opening by the Prime Minister, the temple has been witnessing massive crowding and on January 1 a new record of devotees was set.

As per police records, 3.35 lakh pilgrims entered KVT premises while district officials estimated presence of over 5 lakh people in and around KVD in a single day.

Previously, crowds in a single day, ranged between 2 to 2.50 lakh on special occasions like Maha Shivratri or Mondays in the month of Shravan.

According to records, the average footfall of devotees at KVT in normal days remained around 10,000, while on special occasions it has gone above 1.50 lakh to 2 lakhs in past years.

Due to the crowd surge, the police have now introduced new traffic regulation and crowd management by restricting vehicles.

Provision of barricading at Mandir Chowk inside KVD was also made for the formation of queues of pilgrims to minimise crowding on roads.