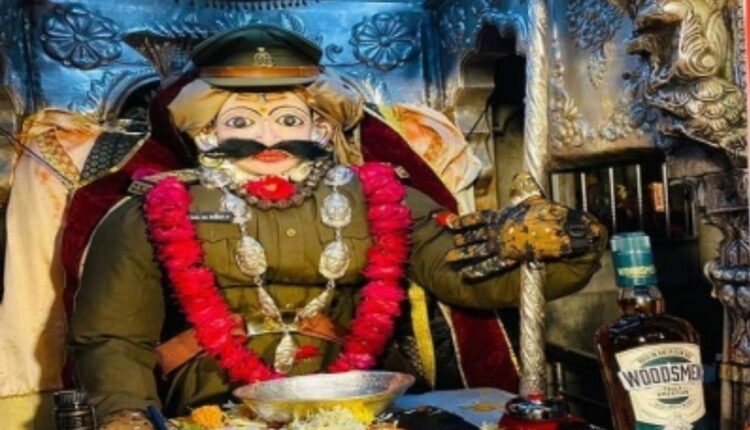 Varanasi: For the first time in Varanasi, Baba Kaal Bhairav — known as the ‘Kotwal of Kashi’ — was dressed up in a police uniform.

A police cap on the deity’s head, a badge on the chest, a silver baton in the left hand and a register in the right hand, completed the new look of the Lord.

As soon as the news spread about the new ‘look’ of Kaal Bhairav, there was a huge rush of devotees who thronged the temple.

Devotees said, “if Baba is sitting with the register and pen, then no one’s complaint will go unheeded.” They said that he would also “take care” of the pandemic crisis.

Mahant Anil Dubey of Baba Kaal Bhairav temple said that for the first time the deity had been given a police uniform.

“Special worship has been done to protect the people of the country from coronavirus infection. Baba has been requested to have mercy on everyone…May there be happiness and prosperity in the state and the country. May people stay healthy and no one should face any kind of problem,” he said.

Devotees believe that Kaal Bhairav has many forms and in his avatar as the police man, he will punish all those who do wrong.

“Baba Kaal Bhairav is the kotwal of Kashi and now that he has also donned the uniform, he will deal with wrong-doers sternly,” said Premkant Tiwari, a devotee.