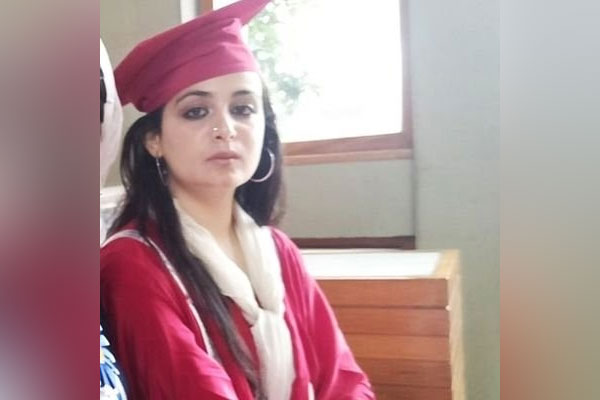 Sanna has shared the award with the Reuters team, including late Danish Siddiqui, Amit Dave and Adnan Abidi for the coverage of Covid-19 crisis in India.

“Congratulations to @adnanabidi, @mattoosanna, @AmitDav46549614, the family and friends of the late, @dansiddiqui, and @Reuters. #Pulitzer,” Pulitzer announced on Twitter.

For “images of COVID’s toll in India that balanced intimacy and devastation, while offering viewers a heightened sense of place”, Pulitzer Prizes website said while announcing the award. Their work was moved from the breaking news photography category by the judges”, Pulitzer website said.

Sanna, who holds Master’s in Convergent Journalism from the Central University of Kashmir, has her work published in international media outlets, including Al Jazeera, TIME and TRT World. She has also done a fellowship with the prestigious Magnum Foundation in 2021.

This is what Sanna’s Pulitzer introduction says, “Sanna Irshad Mattoo is a photojournalist and documentary photographer based in Kashmir. Ranging from groundbreaking news to in-depth storytelling, her work concentrates on depicting the tension between the seeming ordinariness of life and the stark symbols of a menacing militarised milieu of Kashmir. Her work has been published in newspapers and magazines around the world and has been screened and exhibited in various exhibitions and festivals. She presently contributes to Reuters as a Multimedia Journalist.

It must be recalled that Danish Siddiqui was killed while covering the Taliban takeover of Afghanistan.

The Pulitzer Prize is an award for achievements in newspaper, magazine, online journalism, literature and musical composition within the US.

It was established in 1917 by provisions in the will of Joseph Pulitzer, who had made his fortune as a newspaper publisher, and is administered by Columbia University.

[Watch] ‘Avatar: The Way Of Water’ teaser is majestic and visually spellbinding