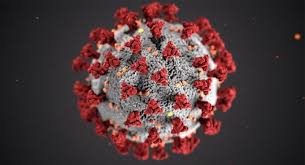 Kolkata: The superintendent of Howrah District Hospital and a senior health official of North Bengal Medical College hospital have tested positive for the coronavirus infection, sending the authorities scurrying to quarantine a large number of doctors, nurses and health workers who came in contact with them recently.

Chief Minister Mamata Banerjee announced on Thursday that the Howrah district hospital superintendent and a health worker had been detected with the COVID-19 disease.

According to sources, on March 30 a woman had died at the hospital. Later, her coronavirus test results came positive. After her death, the nursing staff and other health workers staged a demonstration outside the room of the superintendent accusing him of not arranging any protective gear for them for treating the woman despite repeated requests.

The hospital was then closed for fumigation and all doctors, nurses and health workers who were involved in the woman’s treatment were sent on quarantine as a precautionary measure.

On Tuesday, the superintendent became ill, and on Thursday his corona report came positive. He is now admitted in the isolation ward of M R Bangur Hosptial.

A health worker of the hospital has also been detected with covid-19.

Source said close to 200 people who came in contact with the two of them have been sent on home quarantine.

Meanwhile, the high official of the North Bengal Medical College Hospital also tested positive for the viral infection and was admitted to the isolation ward of the health facility.

The official, who had fever, cough and respiratory distress since Tuesday, is said to be stable.

A number of those who came in contact with him have been sent on quarantine.

Earlier, a nurse of the hospital also tested positive for the disease,

On March 30, a corona positive woman from Kalimpong passed away at the hospital. The nurse was involved in her treatment.

A railway worker, adjudged positive for the viral disease, was also under treatment at the hospital till his death.

Meanwhile, two doctors of Howrah municipal Corporation have also been sent on home quarantine for coming in contact with a coronavirus positive patient. A primary health centre of the corporation has been shut for fumigation.

Praises pour in for Odisha CM for COVID-19 curbing strategies