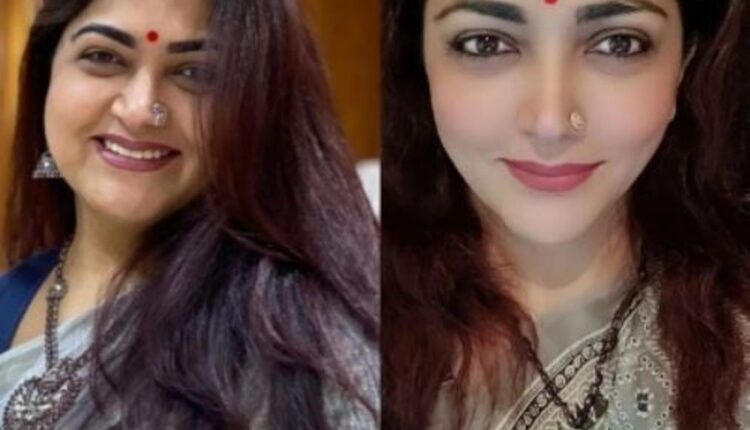 Chennai: South star and politician Khushbu Sundar has shared a glimpse on social media of her incredible transformation after losing 15 kgs.

An avid social media user, Khushbu took to Instagram, where she shared a before-and-after picture of herself.

For the caption, she wrote: “Then and now!! Not much of a difference, except 15 kgs lesser now.”

Her transformation picture on the photo-sharing website currently has 374,000 likes.

Khushbu, who started as a child artiste in Bollywood in the eighties, made her debut in a lead role opposite Jackie Shroff in the 1985 release ‘Jaanoo’.

She went on to achieve superstardom in south Indian films.

Khushbu has appeared opposite top stars such as Rajinikanth, Kamal Hassan, Vijayakanth, Sarath Kumar, Chiranjeevi, Vishnuvardhan, Ambareesh, Sathyaraj and Prabhu, among others.

She will next be seen sharing screen space with Rajinikanth in the upcoming Tamil film ‘Annaatthe’. In Telugu, she will be seen in ‘Aadavallu Meeku Joharlu’.