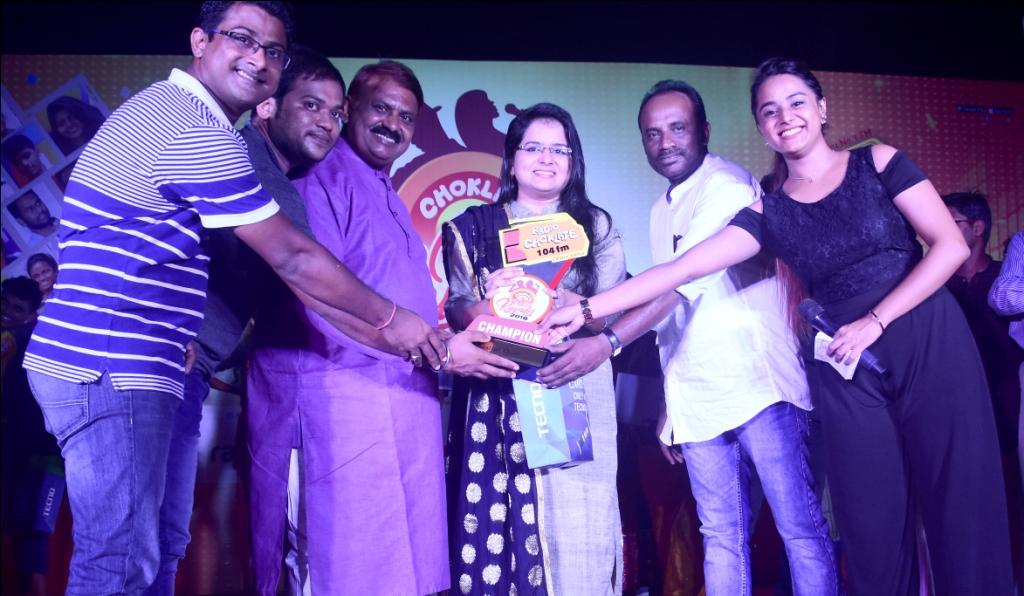 Bhubaneswar: Kasturi Das, a student of KIIT University here, bagged the title of ‘Choklate Allrounder’ – an over a fortnight-long talent search event organised by Odisha’s No- 1 FM channel Radio Choklate.

As many as 24 finalists were competing for the title. The finale was held today on the campus of Hi-Tech Medical College and Hospital in Odisha capital.

Kasturi had left the judges speechless with her powerful and melodious voice by crooning ‘Mere Dholna Sun…’ from Akshay Kumar starrer Bollywood film ‘Bhool Bhulaiya’. Her powerful and entertaining performance helped her walk away with the winner’s trophy.

Similarly, Samir and Sweta too proved their mettle by performing dance and one act play respectively.

Speaking on the occasion, Tirupati Panigrahi, Founder and Chairman of Hi-Tech Group of Institutions, who was the Chief Guest, said: “As students are now living a very stressful life due to academic pressure, creative activities like singing, dancing and acting can help them enjoy their life.”

Ollywood playback singer Pragyan Hota and choreographer Babu Bhai were the judges. While RJ Anil and RJ Komal were coordinating the programme, RJ Nidhi, RJ Abhi and RJ Sangram helped them in conducting the programme.

‘Choklate Allrounder’, a talent hunt among college students, had begun on September 11 and three students from each participating college were selected for the final round.