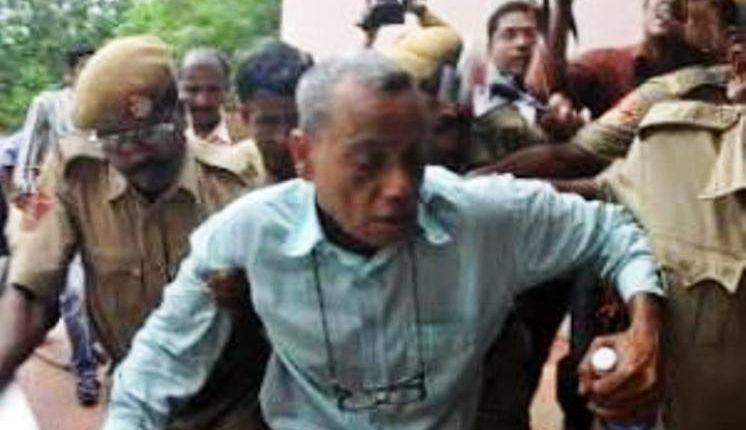 Hearing the case, the Judge convicted 78-year-old Somnath under Sections 302 (murder) and 201 (destruction of evidence) of IPC. Somanth had been lodged at Jharpada Special Jail here Jail after being arrested in July 2013.

It may be recalled that the retired Army doctor had allegedly chopped his wife’s body into 300-odd pieces and kept it in 22 steel boxes stashed in two iron chests. The gruesome murder occurred in July, 2013 in Nayapalli IRC Village here had sent shock waves across the state. The murder was exposed when relatives of the deceased reached the couple’s house after their daughter Lekha failed to her mother over phone. Somnath used to hang up his daughter’s call saying she is unwell. When it continued for a couple of days, she grew suspicious and asked the relatives to check on her mother.

When  brother and nephew of the deceased went to Somnath’s house, the latter did not open the door for a long time. After repeatedly pressing the calling bell, he opened the door. However, he turned them away when they inquired about Ushashree. Suspicious, they lodged a complaint with the Nayapalli police. The police reached the house for inquiry and found a foul smell emanating from the house. Later, the cops confirmed that Ushashree was murdered.